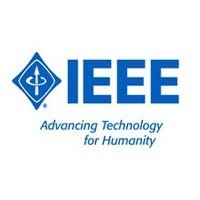 II. PRESENTATION OF THE SIMULATION MODEL

A. Geometry of ElecFET: comparison between real and simulated model

B. Modelling of the electrochemical reactions (H2O & H2O2)

C.Modelling of the diffusion phenomena in water

B. Study of the most influential parameters

This paper presents a COMSOL Multiphysics 2-D axisymmetric model of a pH-sensitive electrochemical field effect transistor (pH-ElecFET) microsensor. This device combines an integrated microelectrode with a pH-sensitive chemical field effect transistor (pH-ChemFET). Thus, by triggering electrolysis phenomena owing to the integrated microelectrode, associated local pH variations in microvolumes are monitored thanks to the pH-ChemFET microdevice. Taking into account (electro) chemical reactions and diffusion phenomena in the liquid phase, the proposed model points out the role of the ElecFET geometrical design (microelectrode width w, gate sensitive radius r e and distance between the pH-ChemFET gate and the microelectrode d), as well as polarization parameters, (polarization voltage V p and time t p ), on the microsensor response. It is first applied to water electrolysis in order to validate pH impulsional variations in microvolume. Then, the oxidation of hydrogen peroxide in phosphate buffer (PBS, pH 0 = 7.2) solutions is studied, evidencing the H 2 O 2 potentiometric detection in the [10-100 mM] concentration range. This developed model paves new ways for sensor applications, opening several new opportunities for pH-ElecFET devices for H 2 O 2 -related enzymatic detection of biomolecules.

In the last decade, the electrochemical microsensors have received an increasing interest in a wide range of applications such as clinical diagnostics, food analysis, environmental monitoring due to their low cost, simple operation, small size, and rapidity, sensitivity and real-time [1- 3]. The electrochemical sensors can be divided into three groups depending on the measured electrical signal [4-6]: amperometric, potentiometric, and conductometric. Even so, the combination of amperometric and potentiometric techniques is a very promising method in terms of detection [7-10]. Diallo et al. have developed an electrochemical field effect transistor (ElecFET) microsensor based on this technique [8, 9]. This device is achieved through the integration of a planar noble metal electrode around the dielectric gate area of a pH-sensitive ChemFET microdevice. By triggering pH-related electrochemical reactions thanks to the microelectrode polarization and by monitoring the so obtained pH variations thanks to the pH-ChemFET, electrolysis phenomena and pH measurement are closely embedded at the microscale, enabling new electrochemical detection potentialities. Among the ElecFET microdevice applications, the most frequent is the manufacturing of a pHrelated enzyme sensor. In this case, the ChemFET detects the pH change resulting from the enzymatic reaction in the membrane that covers the sensor [11]. The output voltage of the ChemFET controls the current flowing through the sensoractuator system [12]. ElecFET has been successfully used to determine acid or base concentration [13], to form the heart of a carbon dioxide sensor [14] and detect different biomolecules [8, 11].

In this study, we have investigated the modelling of the ElecFET microdevice, taking into account the mass transport for different species, electrochemical reactions on the microelectrode and acid/basic reactions for couples (H3O + /H2O) and (H2O/OH- ). The pH-ElecFET techniques were used for monitoring the water-based electrolysis by pHChemFET and extended to the hydrogen peroxide in order to obtain the threshold voltage (i.e local pH) variation. The influence of the ElecFET geometrical design, i.e. characteristic width of the microelectrode w, gate sensitive radius re and distance between the gate sensitive radius and the microelectrode d, as well as polarization parameters, i.e. polarization voltage Vp and time tp, on its response behavior was studied. So, the obtaining of pH impulsional variations in microvolumes was clarified and the potentiometric detection of hydrogen peroxide H2O2 was evidenced in the [10–100 mM] concentration range. In the near future, we intend to model the ElecFET device for the enzymatic detection of lactate and glucose in cylindrical coordinates.