2. Uncertainty, strategic sensemaking and failure in the art market

2.1. Uncertainty and strategic sensemaking in the art market

2.2. Strategic configurations in the art market

2.3. Organisational configurations in the art market

2.4. Organisational failure in the art market

4.1. An overview of the auction industry

5. An analysis of strategic sensemaking and failure at Phillips

5.2. LVMH's series of investments in the art world

5.3. Targeting the Impressionism and modern art categories of the art market

5.4. The extensive use of financial guarantees to acquire valuable collections and positive publicity

Strategic decision-making in the volatile and uncertain art market is not only instigated by rational interpretation of the external environment, but also by expert-based intuition. This paper investigates organisational failure at Phillips auctioneers between 1999 and 2002, a period in which it was owned by the multinational luxury goods conglomerate Louis Vuitton Moët Hennessy (LVMH). To analyse this case, we develop a conceptual framework for strategic sensemaking in art organisations that includes the processes of scanning, interpreting, strategising, acting and adjusting, which take place in non-linear and recursive patterns in supporting continuous loops of improvement. Our analysis identifies the merits of intuitive decision-making when realising a novel artistic and entrepreneurial vision which established Phillips as a boutique auction house. However, it also highlights the limitations of emotional and opportunistic decision-making which could lead to blinded management if any of the processes of strategic sensemaking is ignored.

Although ‘trial-and-error’ is a widely accepted learning mechanism for organisations, the literature of strategic management often dismisses the useful lessons which can be learned from the analysis of failure. This research focuses on organisational failure, which refers to the discontinuance of a business or ownership of it, or to temporary performance problems which do not necessarily require the end of the firm (Amankwah-Amoah, 2016; Mellahi & Wilkinson, 2004). Existing research is clustered around the deterministic perspective which identifies sources of organisational failure in the external environment of firms, such as regulations, technological change, competition and unforeseen events (Amankwah-Amoah & Zhang, 2015; Hager, Galaskiewicz, & Larson, 1996); and the voluntaristic perspective which addresses failure as a result of agency, and in particular, as an outcome of poor leadership and decision-making, as well as maladministration, fraud and corruption (Amankwah-Amoah & Debrah, 2010). However, both perspectives are inadequate when treated separately. By placing too much emphasis on external factors, deterministic perspectives often dismiss the strategic choices of agents (Child, 1972); while voluntaristic perspectives cannot fully explain the strategic fit of firms that operate within uncertain environments that rely on creativity and innovation (Bilton, 2007; Caves, 2000).

By synthesising the literature of sensemaking and organisational failure, we have constructed a conceptual framework to analyse strategic decision-making under conditions of uncertainty. The concept of strategic sensemaking, which was originally based on the processes of scanning, interpreting and acting (Thomas et al., 1993), is extended here to include the processes of strategising and adjusting. While Thomas et al. (1993) claim that the processes of strategic sensemaking are sequential and rational, our analysis suggests that scanning, interpreting, strategising, acting and adjusting within uncertain environments, such as the art market, may take place in a non-linear and recursive way that supports continuous loops of improvement. It is particularly true of the art market that intuitive thinking is a suitable means of supporting the formulation of artistic strategies that aim to construct the legitimacy of art organisations on the basis of trust, originality and innovation; while the use of causal and effectual thinking may respectively ensure the commercial and organisational feasibility of the artistic strategy. This paper has examined a case in which strategic sensemaking was triggered mainly by intuitive thinking, exposing the merits of realising a novel artistic and entrepreneurial vision that established Phillips as a boutique auction house, but also the limitations of emotional and opportunistic decision-making which can lead to ‘blinded management’ if one or more of the processes of strategic sensemaking – scanning, interpreting, strategising, acting and adjusting – are ignored. 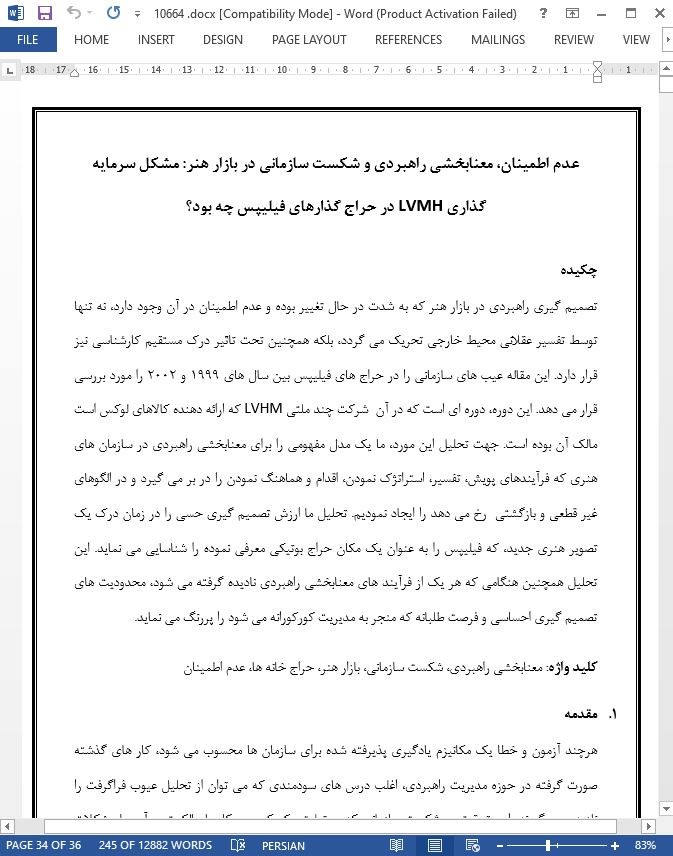 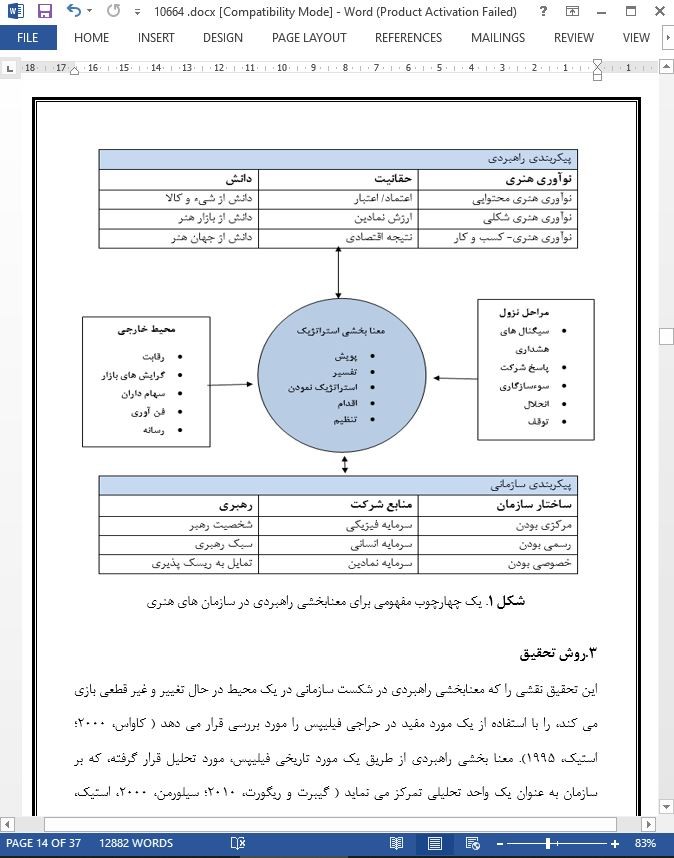 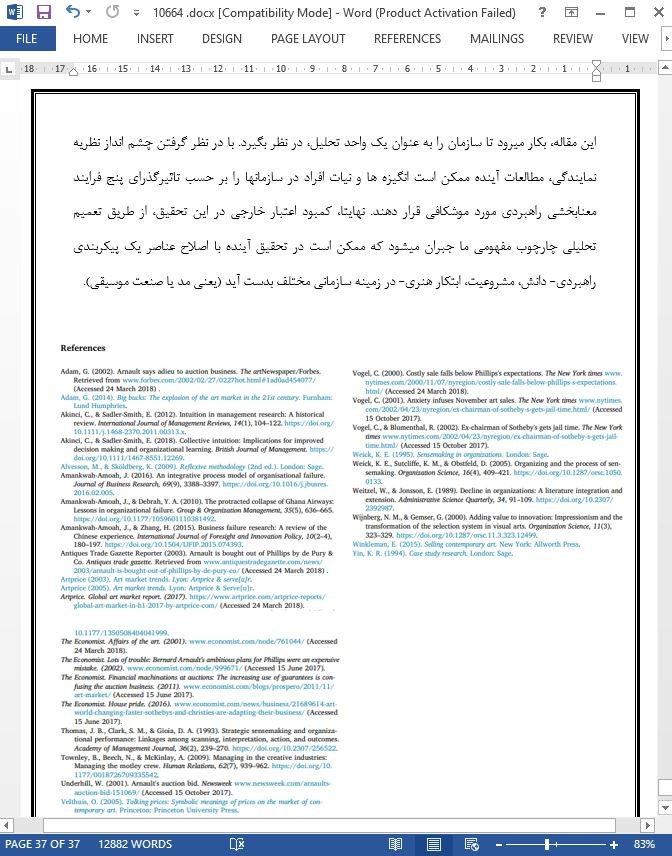