5.1. Pass-on behavior and sender of the advertisement

The present study investigated which factors predict whether members of SNSs will pass on viral advertising communications. The present study integrated previous research findings on the predictors of passing on online content into a new conceptual framework, and tested this model using three real-life advertising campaigns that were spread on the Dutch social network site Hyves. Going beyond self-reported behavior and intentions, and investigating actual pass-on behavior, this study significantly adds to existing knowledge on the drivers of viral advertising success. Compared to viral advertising through e-mail, pass-on behavior on SNSs was expected to be more strongly influenced by social predictors, such as the sender of the ad, rather than attitudinal predictors, such as consumers' attitude toward the advertised brand. This difference was expected because in contrast to other types of forwarded online content, the type of viral advertisements on SNSs that were studied in this paper were more personal, interactive, and social in nature: the ad campaigns involved playing a game in which not the advertised brand, but an individual's private social network played a central role. 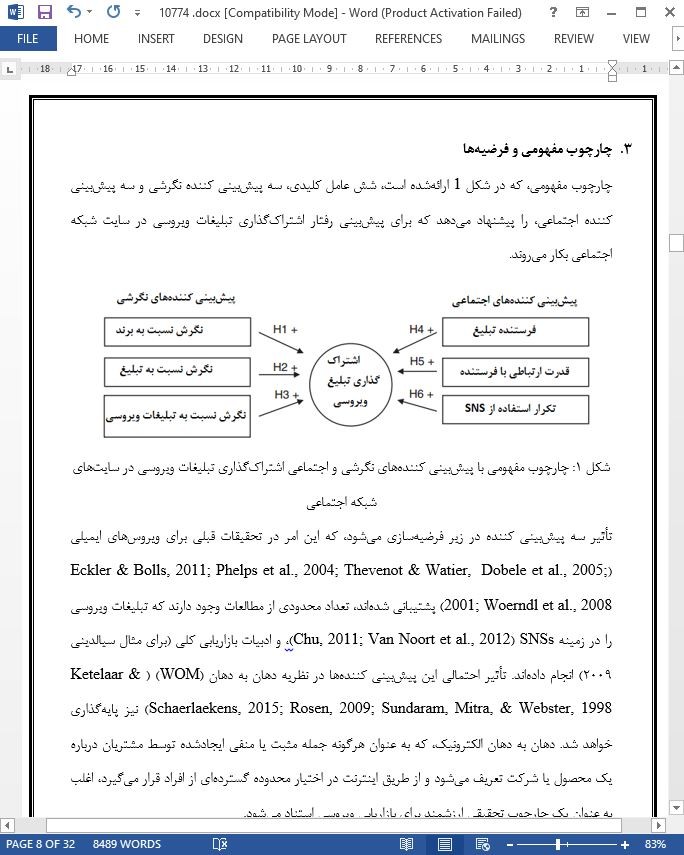