3.1. Microstructure of the joint interface

Joining of yttria-stabilized zirconia (YSZ) to stainless steels is considered for various applications such as solid oxide fuel cells, thermal barrier coatings, and medical implants. In the present work, a series of brazing pastes utilizing silver and nickel nanoparticles (~80 nm) mixed with carboxymethyl cellulose as the organic phase were developed to join 5 mol% YSZ to AISI 420 steel. Effects of processing parameters including time and temperature of brazing and the composition of the nanopastes on the microstructure of joints and their shear rupture strength were studied. Elaboration of the joining mechanism by scanning electron microscopy and electron probe micro-analyzer showed solid-state sintering of the nanoparticles. Limited diffusion of the elements in the 420 SS part caused interface formation with a spongy structure. Increasing of the paste solid loading increased the density of the spongy structure at the interface region; thereby higher mechanical strength was attained. The joining was more successful when a silver nanopaste was utilized owing to the higher sintering activity of silver nanoparticles compared to nickel at relatively low brazing temperatures. Meanwhile, at high solid loadings, localized nanoparticle aggregation and microstructural heterogeneity at the interface region were observed. Increasing of the brazing time and temperature enhanced the diffusion of elements and improved the joint strength. Optimization of the processing parameters by the L16 Taguchi method determined that a silver paste with 72% solid loading processed at 270 °C for 120 min would yield a sound joint with shear strength of 23±1 MPa.

Advanced ceramics with outstanding properties such as high corrosion and wear resistance, low density and suitable mechanical stability at elevated temperatures have wide applications in electronic devices, hip and bone transplants, and structural applications such as heat engines, turbines and automotive components [1]. To adapt the properties to a desired application, ceramic-metal joints have been developed. Examples of such applications include solid oxide fuel cells [2], circuit boards [3], nuclear instruments [4], hip replacement [5], and turbine blade [6]. These functional materials provide an excellent combination of properties of both metals and ceramics in an integrated part. Therefore, in recent years joining of ceramics to metals have attracted significant attention [7]. Due to differences in the nature of atomic bonding, melting temperature and thermomechanical properties of ceramics and metals, preparation of sound and defect-free joints with a high mechanical stability is challenging. So far, various methods such as brazing [8], soldering [9], co-sintering [10], spark-plasma sintering [11] and sputtering [12] have been developed and utilized. Each of these processes has some advantages and disadvantages that make them suitable for specific applications.

Pressure-less joining of 5Y-stabilized zirconia to 420 AISI SS at low temperatures (o370 1C) was studied. The main findings can be summarized as follows:

A mixture of silver and nickel nanoparticles can be used to prepare nanopastes for sound joining of YSZ to SS.

Pressure-less sintering of YSZ–SS couples at low temperatures yielded a porous interface layer. The density of the interface region depended on the amount of solid loading, the composition of the paste, and sintering condition.

Limited diffusion of the paste elements in the joint counterparts was noticed. The diffusion depth of Ni was more than that of Ag diffusion.

DOE analysis showed that solid loading of the nanopaste has the most important factor affecting the strength of the joints followed by the concentration of nickel. 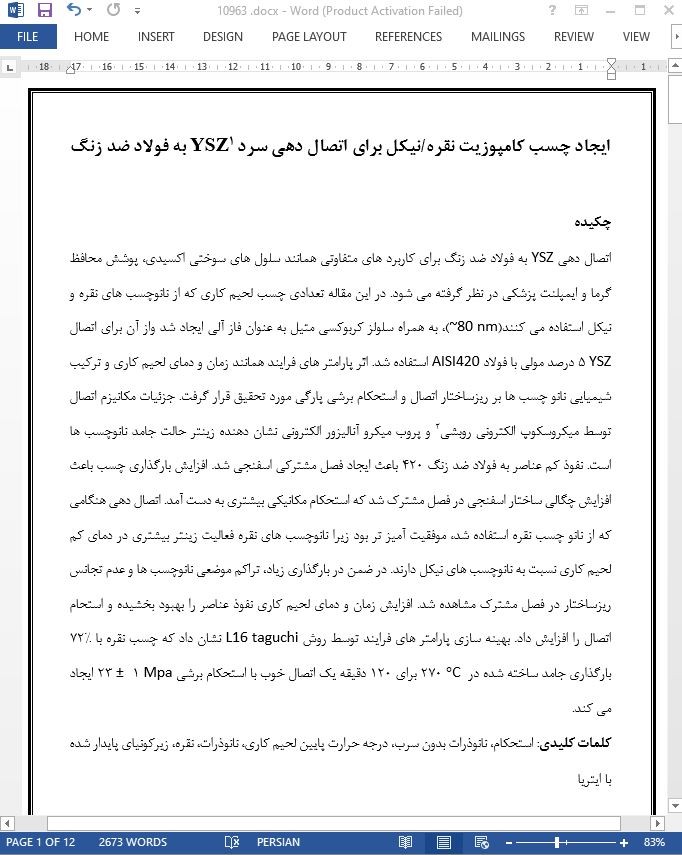 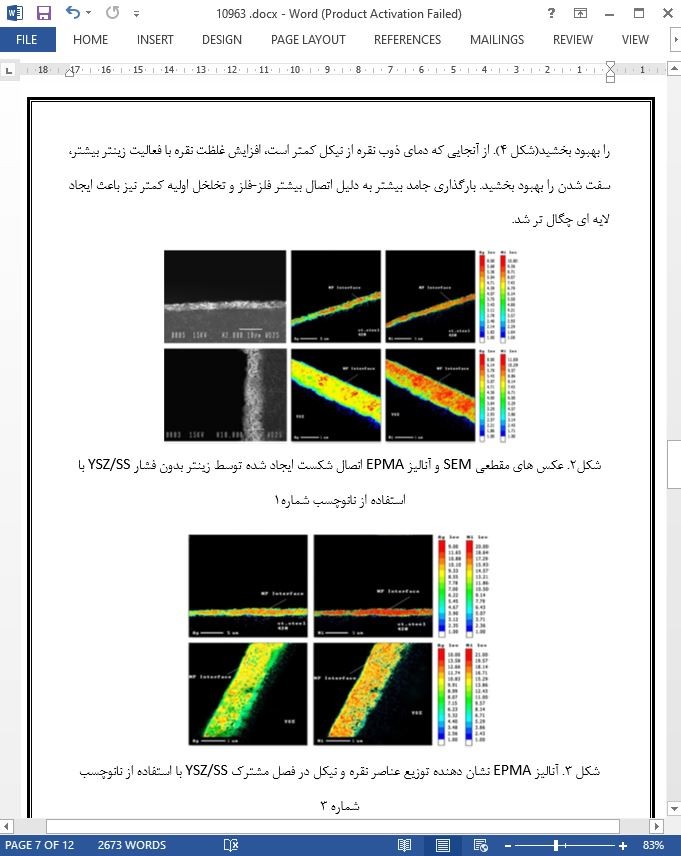 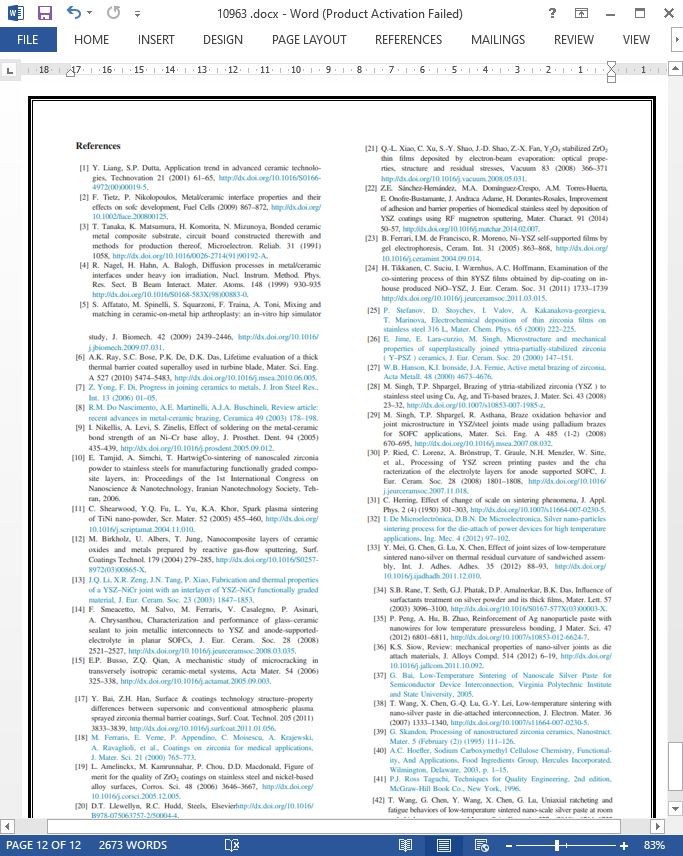