Near-field ground motions are significantly severely affected on seismic response of structure compared with far-field ground motions, and the reason is that the near-source forward directivity ground motions contain pulse-long periods. Therefore, the cumulative effects of far-fault records are minor. The damage and collapse of engineering structures observed in the last decades’ earthquakes show the potential of damage in existing structures under near-field ground motions. One important subject studied by earthquake engineers as part of a performance-based approach is the determination of demand and collapse capacity under near-field earthquake. Different methods for evaluating seismic structural performance have been suggested along with and as part of the development of performance-based earthquake engineering. This study investigated the results of illustrious characteristics of near-fault ground motions on the seismic response of reinforced concrete (RC) structures, by the use of Incremental Nonlinear Dynamic Analysis (IDA) method. Due to the fact that various ground motions result in different intensity-versus-response plots, this analysis is done again under various ground motions in order to achieve significant statistical averages. The OpenSees software was used to conduct nonlinear structural evaluations. Numerical modelling showed that near-source outcomes cause most of the seismic energy from the rupture to arrive in a single coherent long-period pulse of motion and permanent ground displacements. Finally, a vulnerability of RC building can be evaluated against pulse-like near-fault ground motions effects.

Near-field ground motions are affected by direction of rupture propagation to site (forward directivity effect) and residual displacement due to tectonic deformation (flingstep effect). Forward directivity occurs because the propagation velocity of fault rupture toward a site is close to the shear wave velocity. Fling-step waveforms are characterized by offset displacements in the slip-parallel direction, and large, unidirectional velocity pulses (Alavi and Krawinkler 2001; Stewart et al. 2002; Vafaie et al. 2011). Even though the importance of near-source phenomena is well known, there is no clear definition of the distance– magnitude relation which constitutes the far-fault boundary. Several definitions have been given by, e.g., Campbell (1981), Bolt and Abrahamson (1982), Krinitzky and Chang (1987), Hudson (1988), Ambraseys and Menu (1988), Bommer (1991), Martinez-Pereira and Bommer (1998), Martinez-Pereira (1999), who have made an effort to determine the distance magnitude boundary based on nearfault records from destructive earthquakes. Several parameters, such as PGA and Arias intensity, have been used to study the amplitude, energy, frequency content, and duration of the strong motion records (Arias 1970; Yang and Wang 2012; Spyrakos et al. 2008).

As noted, the present study evaluated the seismic structural performance of reinforced concrete buildings under near- and far-fault ground motion records, based on incremental dynamic analysis methods. For this purpose, 6, 10 and 15 storey buildings have been studied. The numerical modeling carried out in this study showed that the reinforced concrete buildings are under large deformation requirements in the presence of velocity pulses in velocity time history. This requires a considerable amount of energy to be wasted in one or more cycles of Structural Plastics Limited. This requirement makes the structures to meet with limited ductility capacity. In contrast, far-fault motions enter input energy into the system gradually. Although, on average, deformation demands arelessthanthoseinthe near-fault records, structural systems are subjected to more plastic cycles. Therefore, the cumulative effects of far-fault records are minor.

The modeling results indicate that for two earthquakes with nearly identical conditions, more displacement values are obtained in the near-fault record. Overall and relative displacement increases along with the building height. Nonlinear behavior in taller buildings is more important and nonlinear range is met in less percentile values. 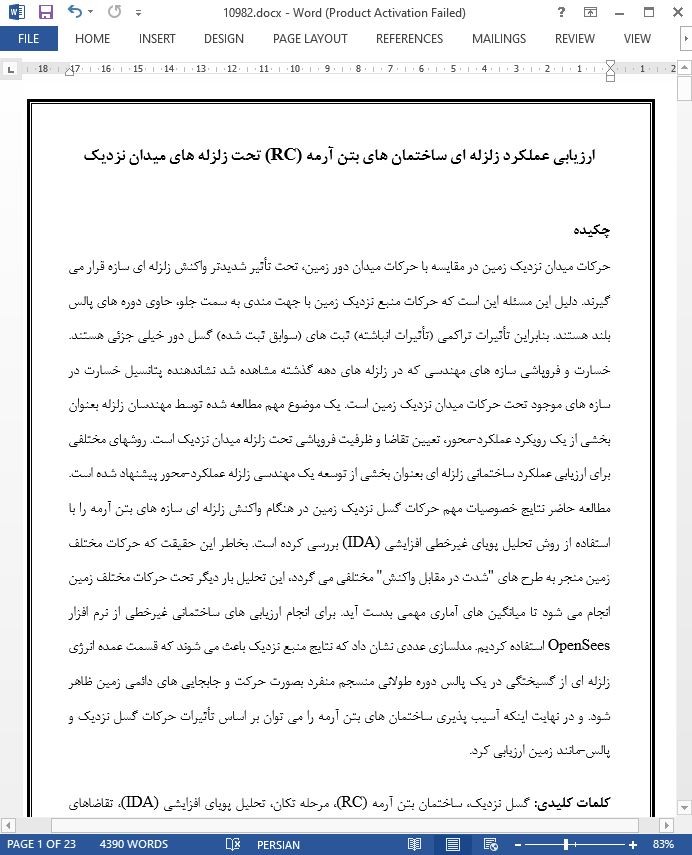 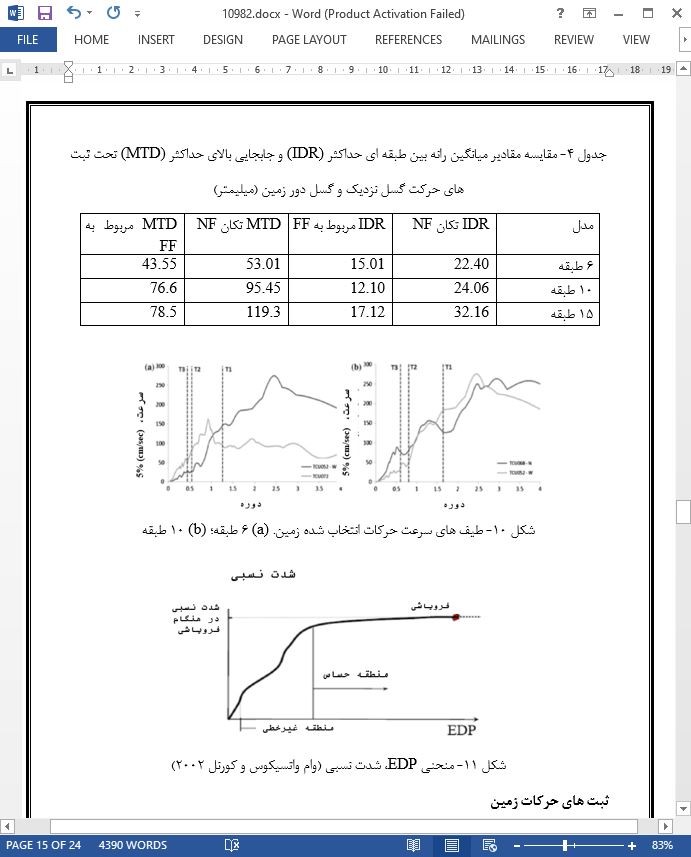 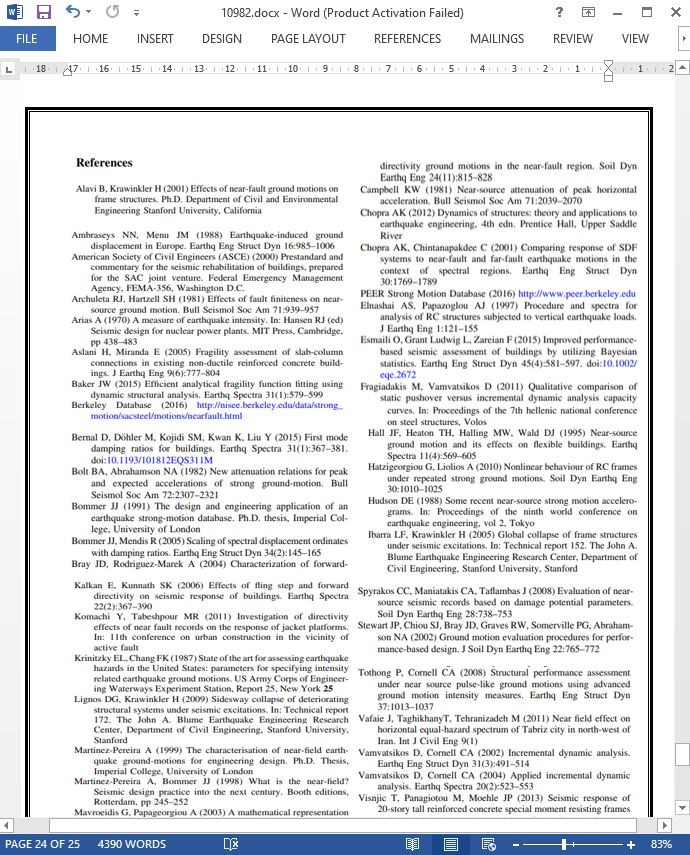