Quantity and characteristics of granulation tissue

Ingrowth and force required to remove the filler

objective: To compare the effects of green foam with black foam and gauze during negative pressure wound therapy (npWT), with regard to wound bed appearance and granulation tissue formation, and monitoring of wound exudate.

Method: Wounds on the backs of eight pigs underwent 72 hours of npWT plus either green polyurethane foam with an open pore structure, black polyurethane foam with an open pore structure or saline-moistened amd gauze. sections of biopsies from the wound bed, including the overlying dressing, were examined histologically with regard to microdeformation of the wound bed and granulation tissue formation. The force required to remove the wound fillers was measured.

conclusion: Green foam and black foam have similar biological effects on the wound bed. Bleeding and exudate can be more easily monitored when using green foam or gauze. differences in the wound bed tissue morphology when using foam or gauze plus npWT support clinical observations that granulation tissue under foam is thick but fragile, whereas that under foam is thinner but denser.

Green foam and black foam have similar biological effects on the wound bed. However, the wound status (bleeding and exudate) can easily be monitored with green foam, but not with black foam.

Differences were observed in the morphology of the wound bed tissue when using foam and gauze plus NPWT, which is in accordance with clinical observations that granulation tissue under foam is thick but fragile, whereas that under gauze is thinner but denser.

Treatment of the patient can be optimised by choosing the appropriate wound filler material for individual wounds and patients, depending on the desired effects in the wound bed. n 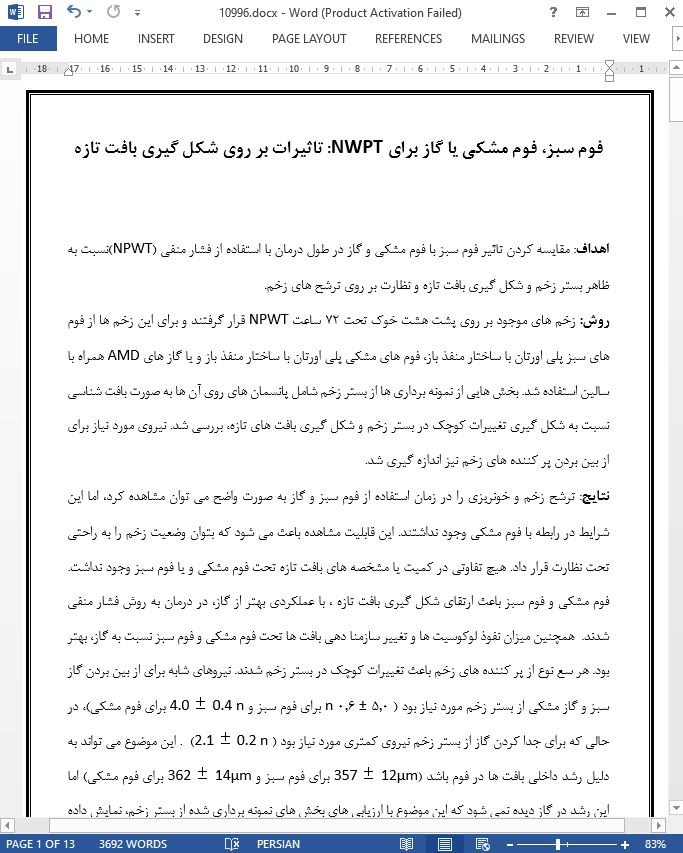 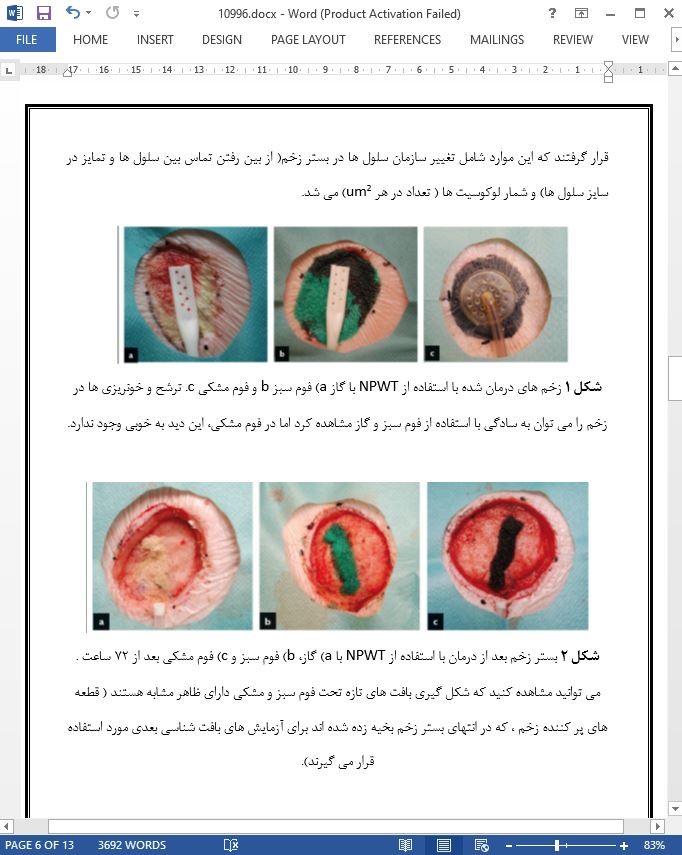