5. A case study: risk assessment of shunting at Waterloo depot

Railway risk assessment is a hierarchical process where risk information obtained at lower levels may be used for risk assessment at higher levels. Fuzzy analytical hierarchy process (FAHP) is widely used in risk decision making process to solve imprecise hierarchical problems where the risk data are incomplete or there is a high level of uncertainty involved in the risk data, particularly, in the process of railway safety and risk decision making. However, the application of FAHP in risk decision making the risk analysts often face the circumstances where a large number of pairwise comparison matrices have to be established by expert knowledge and engineering judgements. There may be a lack of confidence that all comparisons associated with a railway system are completely justified in a rigorous way. This is particularly true when a complex railway system needs to be analysed or when subjective judgements should be involved. This paper presents a modified FAHP approach that employs fuzzy multiplicative consistency method for the establishment of pairwise comparison matrices in risk decision making analysis. The use of the proposed method yields a higher level of confidence that all of comparisons associated with the system are justified. In the meanwhile, the workload in determining the consistency of the judgements can be reduced significantly. A case example is used to demonstrate the proposed methodology. The results indicate that by using the proposed method, risks associated with a railway system can be assessed effectively and efficiently, and more reliable and accurate results can be obtained.

Comparison with road transportation, railways are by far one of the safest means of ground transportation, especially for their passengers and employees. But comparison with airspace, there are some issues involved in both maintaining this position in reality and sustaining the public perception of railway safety excellence. The railway now finds itself in a situation where actual and perceived safeties are real issues, to be dealt with in a new public culture of rapid change, short-term pressures, and instant communications. The principal risks in the railway industry appear to be to people and property as a result of collision, derailment and fire. The concepts of design and construction for railway safety are introduced in the standards of EN 50126(1, 2, 3) (BS EN 50126-1, 1999; BS EN 50126-2, 2007; BS EN 50126-3, 2006), EN 50128 (BS EN 50128, 2009), and EN 50129 (BS EN 50129, 2003), which are widely applied to manage and control risks in the design and construction of railway systems. However, there are many possible causes, in operation and maintenance of vehicles and rail infrastructure, and also from outside the railway such as vandalism and road incidents. Specifically, in the modification and maintenance of plain line, the largest incidences are of derailments and vehicles fouling infrastructure such as station platforms. There are many chains of potential causes, and each involves several disciplines and work-groups. Incorporating safety aspects into the railway management and maintenance process can increase the level of safety (An et al., 2011, 2007; Bojadziev and Bojacziev, 1997; Chiclana et al., 2001). This shows the need for increased awareness and better safety management.

The application of FAHP in risk decision making analysis often involves a large number of pairwise comparisons in the decision making process. There may be a lack of confidence that all comparisons associated with a railway system are completely justified in a rigorous way, particularly, when it is a complex railway system and subjective judgements should be involved. This study contributes significantly to the body of knowledge related to safety risk analysis and decision making in railway safety management, which can be summarised as:

(1) A modified FAHP approach in risk decision making has been proposed by introducing the fuzzy multiplicative preference relations to establish pairwise comparison matrix.

(2) Consistent multiplicative preference relation and fuzzy multiplicative consistency methods including definitions, propositions and proofs have been further developed, which can be used to calculate values of comparison matrices. 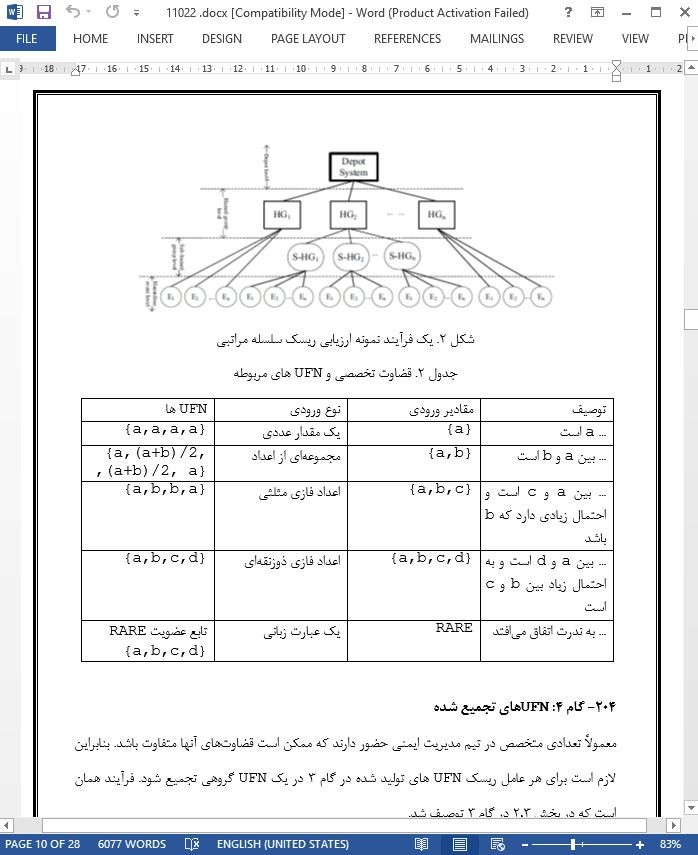 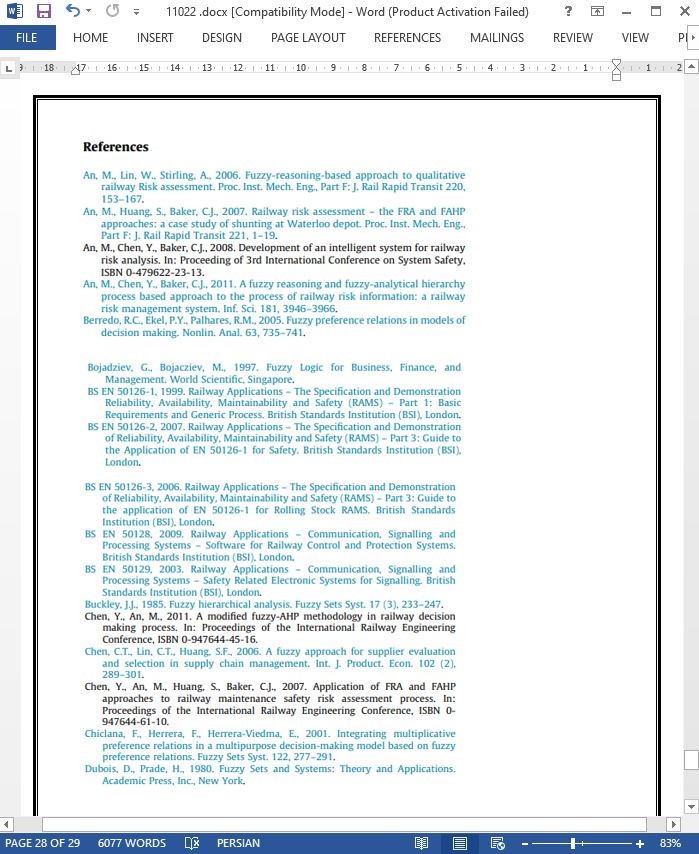