This paper investigates the role of corporate governance (CG) on the financial and operational (technical-cum-commercial) performance of India utilities. The Indian power sector, in the past, was mainly driven by electoral and political considerations that led to an unsustainable level of performance. The Indian Electricity Act 2003, brought a common framework of reforms at the national level. After more than fifteen years of reforms, results at the distribution end are still mixed. We argue that the ‘external causes' unleashed from the reform process should be a catalyst to more significant internal management changes. To quantify these changes, we compute the CG index and then employ data of 48 power utilities from 19 Indian states for the year 2016-17 to see the impact of this index on their performance. We find a positive relationship between the CG index and the performance of the utilities. An important policy implication is that improvement in CG is worth pursuing even in utilities where arm's length between government and the utility is not possible, as the government is the owner of these utilities.

One of the objectives of power reforms in India has been to improve the commercial viability and financial turnaround of the sector (Srivastava and Kathuria, 2014; MoP, 2005). As in other developing countries, the power sector reforms have been linked to the overall policy objective of achieving higher levels of economic growth and, in turn, facilitating the reduction in poverty of the citizens (Sen and Jamasb, 2012).

Starting from the early 1990s, the reform process in India has passed through three phases.1 Phase 1 started in 1991 with the amendment of the Indian Electricity Act, 1910 and the Electricity (Supply) Act, 1948. The focus in this phase was on adding and incentivizing private power generation to bridge demand and supply gap. The phase 2 of the power sector reforms started with the passage of the Electricity Regulatory Commission Act in 1998, which facilitated the creation of the state regulatory commissions to delink tariff setting from the government functioning (Srivastava and Kathuria, 2014). In the third phase, a comprehensive and updated legislation, the Electricity Act, 2003 was enacted,2 which superseded all previous Acts of the electricity supply. The primary focus of this Act was on promoting competition, mandatory unbundling, minimization of licensing requirements in the generation, promotion of captive power generation, and provision for open access even to retail customers and making 100 percent metering compulsory (Singh, 2006). Table A1 in the Appendix compares the key differences between the Electricity Act, 2003 and the earlier Acts with respect to different parameters. Organizationally, ref

Power sector reforms have been at the core of wider economic reforms in India, similar to many developing countries. Among many changes, the reforms encouraged setting up of independent regulators, unbundling of the integrated sector into generation, transmission and distribution companies, unbiased access of networks, even competition at the retail end. The reforms thus set an improved outward environment to operate for the utilities with an aim to bring financial discipline to them. However, even more than a decade after the reforms, the results at the distribution end, the critical most segment of the power sector, are mixed. Some utilities are reporting improved results, but many have not shown improvement. The ‘external causes’ unleashed from the reform process should, at least ideally, be working as a catalyst to bring significant internal changes in the utilities. We have used corporate governance (CG) index to quantify these changes. Using cross-section data on the performance of 48 power utilities from 19 Indian states of the year 2016-17, we have studied the effect of CG index on their performance. 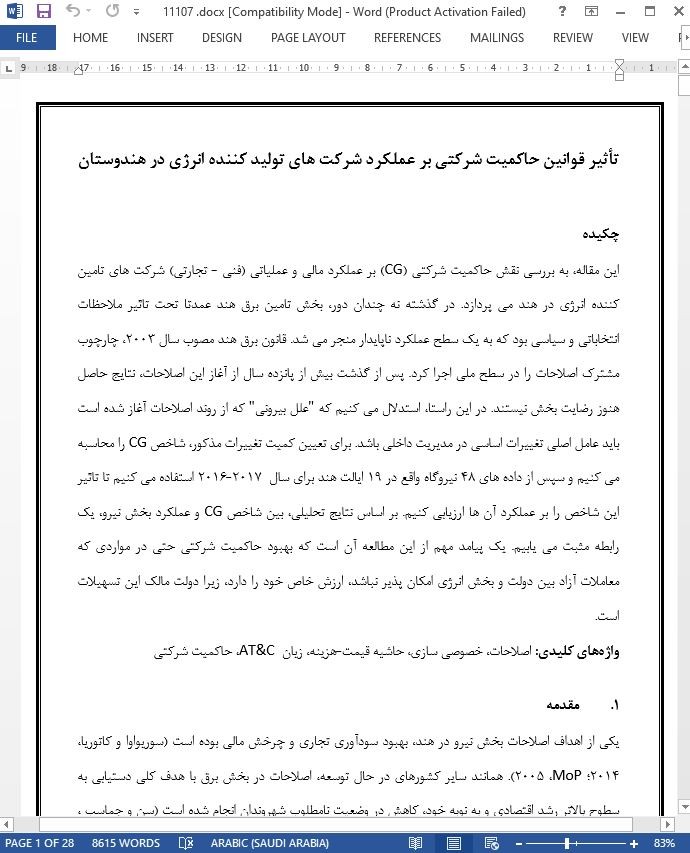 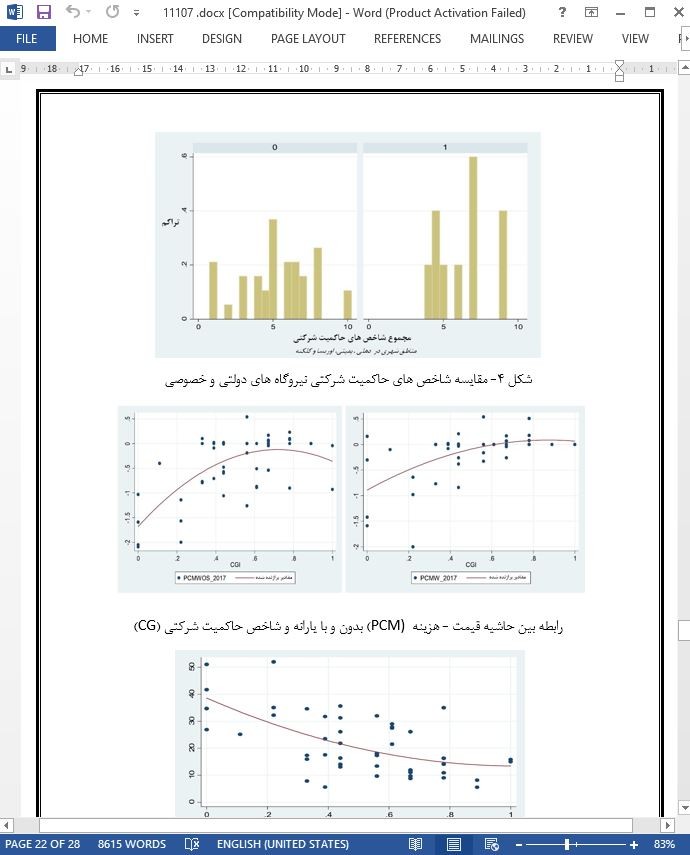