4. How do Students Learn a Language?

Communicative Language Teaching as a method of 21st century in terms of learning foreign languages undoubtedly takes a very important place, if not central place in Kosovo curriculum for high schools. In our research, we did a literature review regarding the Method of Communication, in the regional countries, Europe Union and beyond. Initially it is studied Kosovo curriculum and then application of this method in Kosovo schools. Since, CLT shows a number of advantages compared with other standard methods, its impact on students’ performance and motivation. Moreover, it was conducted a research by observing some of the schools in urban and rural areas, to see how this approach is implemented in our schools. Furthermore, there was also conducted an empirical research of student performance based on the four language skills such as reading, writing, speaking and listening. It was also used the experimental method to see the differences of students’ performance, of those who are taught using the Communicative Language Teaching Method and those who are taught with other standard methods.

Method, according to Harmer is the practical implementation of approach (Harmer, 2003). The user of a method reaches a decision about the type of action, role of the teachers and students, the type of material that will assist teaching and some models for organizing a Syllabus.

Methods of teaching and learning have been written by different authors, in which, they use different names for different time periods. Some of the methods, used before are almost fallen into oblivion, but there are such others which achieved success and are still used and well known.

As a conclusion we can say that the outcomes of testing the students with KET or Elementary level were slightly better in Urban rather than Rural area. This had to do with the teacher’s role and the implementation of ESA (Engage – Study – Activate) method. While, in rural area the teachers used behavior theory with the direct method which did not contribute with so good performance.

On the other hand, discussing the implementation of CLT syllabus with experimental groups again was productive, as with CLT was gained much satisfied result and according to statistics both experimental Urban as well as Rural group was highly, significantly better in performance compared to controlled urban and rural groups.

Finally, we can conclude that implementation of CLT in our schools will be productive and we as teachers should implement Kosovo Curriculum as a framework of our success as teachers and the successful performance for our students. 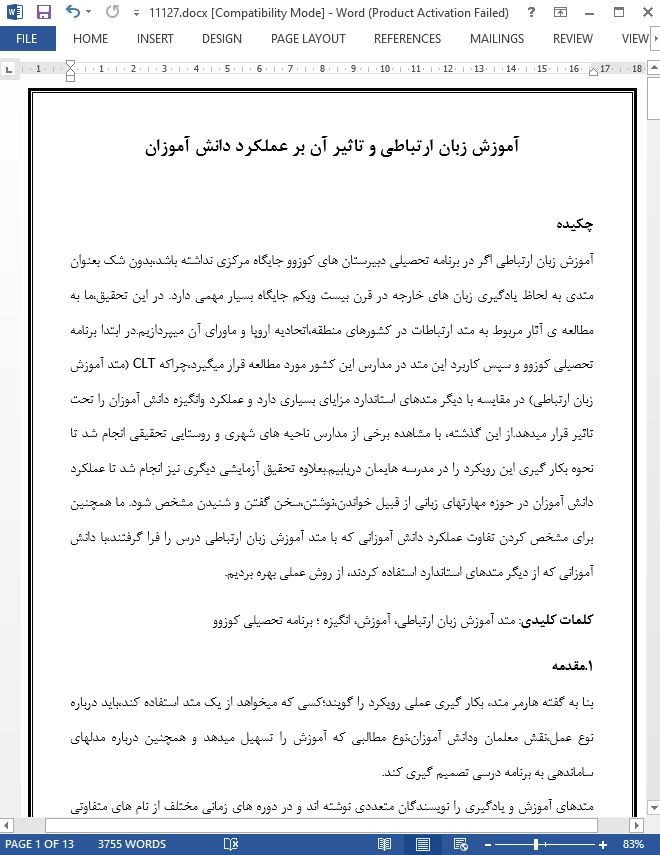 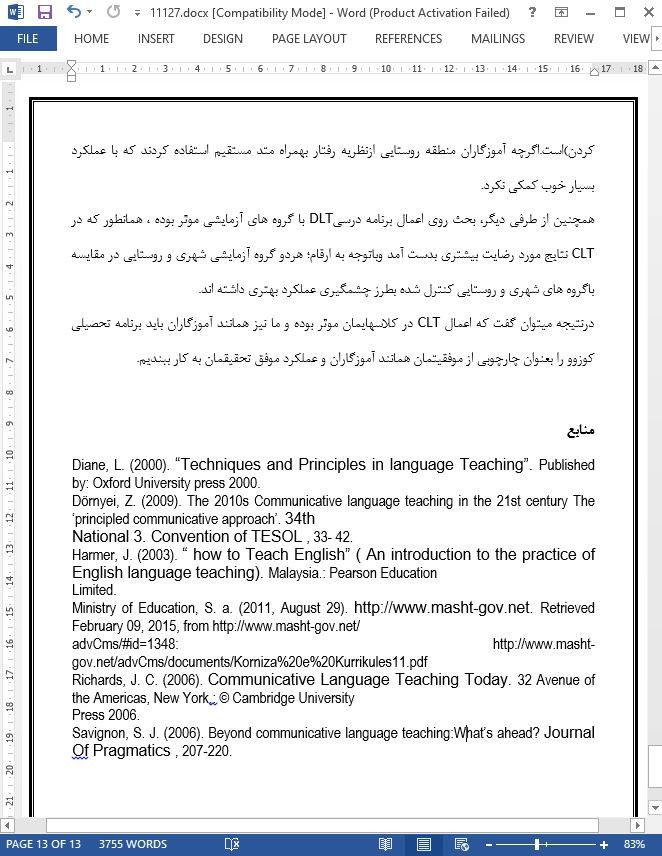