5.4. Comparison between the response before and after jacketing

As a consequence of material degradation, increasing traffic loads and seismic actions, a large number of existing reinforced concrete bridges are no longer safe and may represent a risk for human lives and for the robustness of the road network. Replacement of these bridges is often not practical given the cost of demolition and rebuilding in addition to the social costs of traffic interruption. As an alternative to the replacement of the entire structure, the service life of a bridge can be extended by adopting reliable strengthening techniques. Among these strengthening techniques is High Performance Fibre Reinforced Concrete (HPFRC) jacketing, which was experimentally investigated in this research project. The mix design of HPFRC was studied with the goal of producing a material with enhanced mechanical performance as well as excellent rheology. In this study, the bridge pier studied was subjected to cyclic horizontal loads both before and after strengthening, up to failure. Experimental results show that the HPFRC jacketing remarkably increased the bearing capacity of the pier as well as its ductility. The jacketing also enhanced the structural response in terms of crack control, which significantly governs the structural durability.

Over the next few years, the number of Reinforced Concrete (RC) road infrastructures requiring repair or strengthening will rise in many Western countries since most of these infrastructures were built between the 50′s and 70′s in a completely different context in terms of traffic expectations and building codes. During the last 50 years, the number of vehicles and the traffic loads have significantly increased; in addition, seismic regulations were introduced in structural codes and have been continuously updated. Furthermore, exposure to aggressive environments for several years has caused material degradation. For these reasons, there is an extreme need to verify and to restore the structural safety of road infrastructures and, especially, of bridges [1]. In Italy, the recent collapses of the “Annone” overpass, completed in 1962 in Annone Brianza, and the “Polcevera” Viaduct (i.e. “Morandi” Bridge), completed in 1967 in Genoa, are catastrophic examples of this need.

Based on the experimental study herein presented, the following conclusions can be drawn:

1. The effectiveness of a HPFRC jacketing as seismic retrofitting of a bridge pier was experimentally demonstrated. The jacketing was based on a 30 mm layer of self-compacting HPFRC applied on a sand-blasted existing pier; the addition of longitudinal steel reinforcements allowed a better connection of the jacketing to the foundation.

2. Although a very thin layer of jacketing was applied, the flexural capacity of the strengthened specimen increased more than 50% with respect to the un-strengthened specimen. Failure of the retrofitted pier was reached after yielding of the additional reinforcement with appreciable displacements, corresponding to a drift of 3.4%. However, a better detailing of the base section, with some confining rebars, would have provided additional bearing capacity and ductility to the element.

3. Lateral stiffness of the strengthened specimen was increased by approximately 50% with respect to the elastic response of the unstrengthened element.

4. A diffused crack pattern with very small cracks (smaller than 0.2 mm at 1% drift) was observed on the surface of HPFRC jacketing.

5. The smaller crack opening, in addition to the very low porosity of the concrete matrix, are expected to significantly enhance the durability of the existing structure, thus providing a new and longer service life. 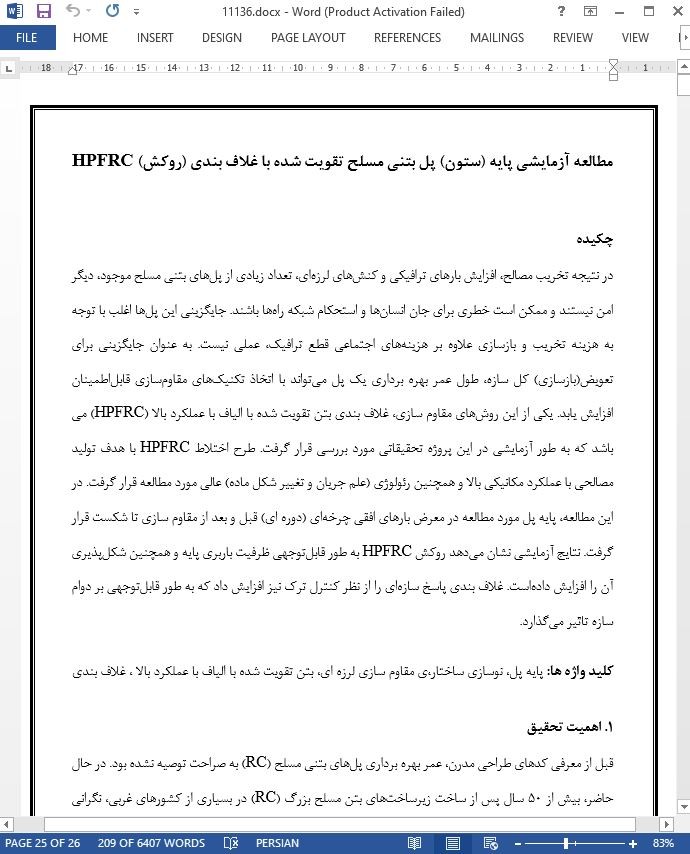 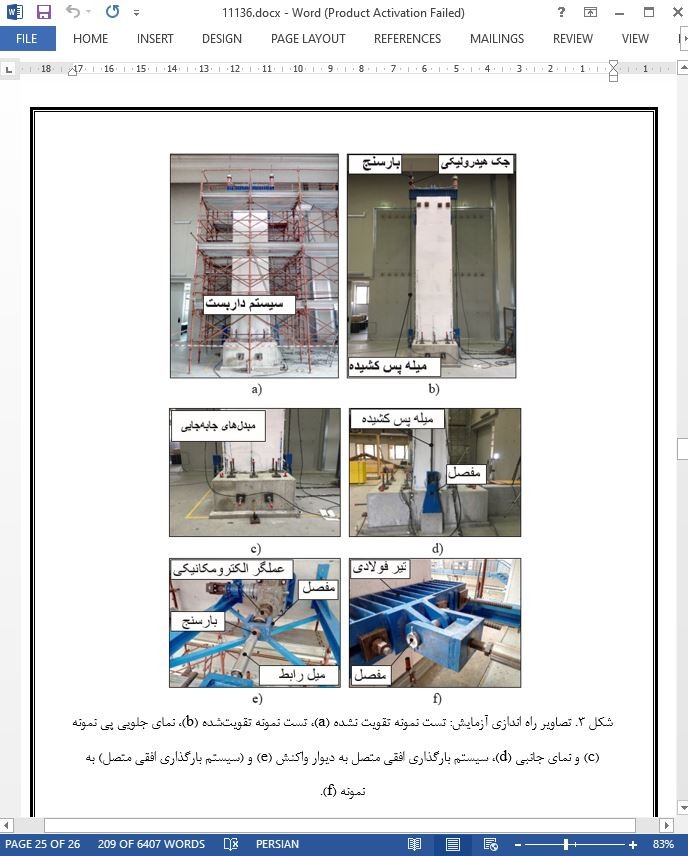