An Example from Ethnography

What is at stake in the alteration of material structure of cultural objects from the paper forms of manuscript and print to the digital form of computer files? In particular, how is the change affecting academic disciplines which rely upon stable forms of symbolic records? More specifically still, how is the discipline of history affected by the digitization of writing? Is digitization simply a more efficient means of reproduction, storage and transmission of documents, whose availability in space and time is enhanced for the application by historians of research techniques and methods? Or does digitization cause an alteration for historians in the constitution of truth?

In this messy situation, with so much in the humanities appearing up for grabs, uncertain and in turmoil, the ability of the discipline to respond to the challenge and opportunities of new media depend in part on how tightly the boundaries of the discipline are guarded, or how open historians are to new developments affecting their methods and assumptions. From the 1970s to the 1990s, the discipline of history shifted interest toward the social and the everyday, away from grand politics and intellectual history. Although many of these younger historians were Marxist in orientation, the empiricist epistemology that characterized political history changed very little in the shift to social history. Social historians, like their forebears, searched the record for con scious acts of agents (Poster, 1997,101).

The drastic novelties of digital culture suggest, at the very least, that the history of the media becomes a major topic for historians. This relatively harmless innovation in the epistemological repertoire of the discipline ought to incite far less resistance than some of the other suggestions offered in this paper. Students of media from other disciplines would benefit greatly from comparative historical work. Too many studies of the internet, for example, are flawed by a lack of perspective on the topic, becoming lost in the dazzling novelty of the new technology. Some important work has already been done on topics ranging from print (Johns, 1998), to the telegraph (Carey, 1989), photography, panoramas and other visual technologies of the nineteenth century (Crary, 1992, 345), the telephone (Fischer, 1992), film (Charney, 1995), radio (Douglas, 1987), television (Spigel, 1992) and others too numerous to mention. Not all these histories, it might be noted, are by historians. 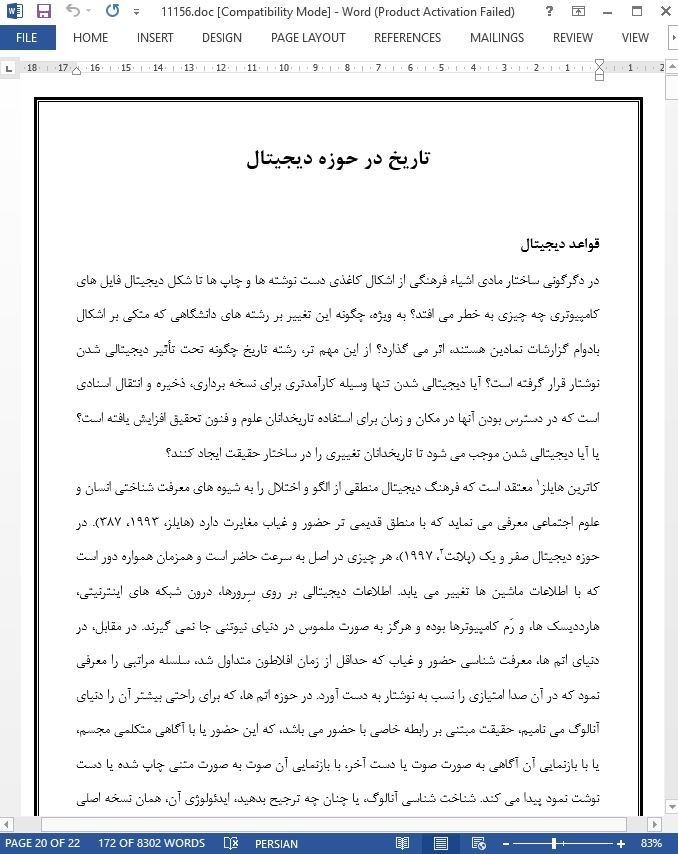 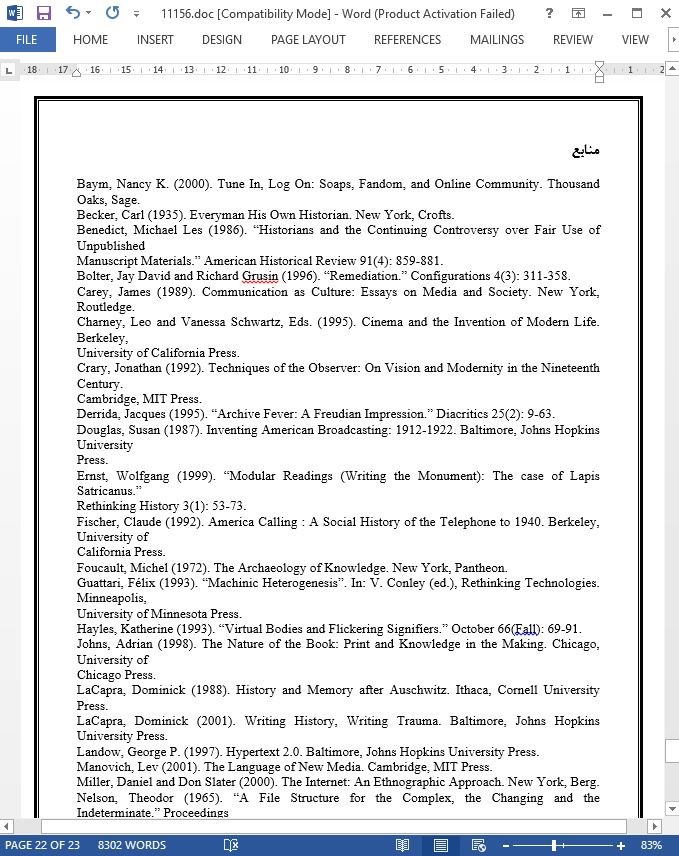