Telework, long promoted as a way to reduce daily travel and address congestion problems, has been extensively studied in transport research. Empirical consensus has long held that telework reduces overall travel, but several updated studies now suggest the opposite. Meanwhile, telework has steadily increased in many countries, and few studies have examined contexts where regular teleworkers have grown to form an early majority. We study how telework influences daily travel in such a context, namely, Sweden from 2011 to 2016. Using representative micro-data from the Swedish National Travel Survey, this study also captures travel behaviour during the defined period when the telework was actually practiced, distinguishing different telework arrangements and analysing a range of travel behavioral outcomes. We conclude that telework leads to reduced travel demand, more use of active transport modes, and congestion relief. Important differences between full- and part-day teleworkers are also highlighted, stressing the importance of understanding telework as a diversified coping strategy for organizing the spatiotemporality of everyday life.

Relationships between telework1 – i.e., paid work performed at home or at a location other than the regular workplace – and travel demand have been extensively studied in transport research for decades (Andreev et al., 2010; Moktharian, 1991). In particular, telework has received considerable attention due to its potential to replace or modify (e.g., avoiding rush-hour travel) daily commuting, resulting in fewer and shorter trips and reduced stress on transport systems. Since the 1970s, many have put great hope in rising telework levels and predicted major changes in daily activity patterns and spatial structure (e.g., Nilles, 1975; Toffler, 1980). The empirical research was also for a long time more or less consistent, finding that telework replaces and therefore reduces travel in the short run (Andreev et al., 2010; Moktharian, 1991).2 Moktharian (1991) reviewed the early studies and concluded that among those who telework, commuting is reduced, non-commuting trips do not increase, and proportionally fewer peak-period trips are made. Twenty years later, Andreev et al. (2010) reviewed over 30 studies and concluded that all found substitution effects, for example, that telework leads to fewer vehicle miles travelled (VMT) (e.g., Henderson and Mokhtarian, 1996) and fewer commuting trips (e.g., Hjorthol, 2002). However, despite these encouraging conclusions, telework as a work practice did not appear to be the great success that early visionaries predicted. Only a small part of the workforce engaged in telework, and its effects on total travel were estimated to be quite small (Choo et al., 2005).

The purpose of this article was to examine how telework influences daily travel in a context where those who telework regularly have grown to form an early majority, namely, Sweden from 2011 to 2016. Using representative micro-data from the Swedish National Travel Survey, we addressed three research questions concerning how full- and part-day telework influence i) travel demand, ii) mode choice, and iii) rush-hour traffic. Overall, our results indicate that telework changes individuals' daily travel. When it comes to travel demand, we find that full-day teleworkers, on the day they engage in telework, make significantly fewer and shorter trips and are less likely to drive a car than those who do not telework. However, some of the decrease in travel demand is offset by those who telework part day. 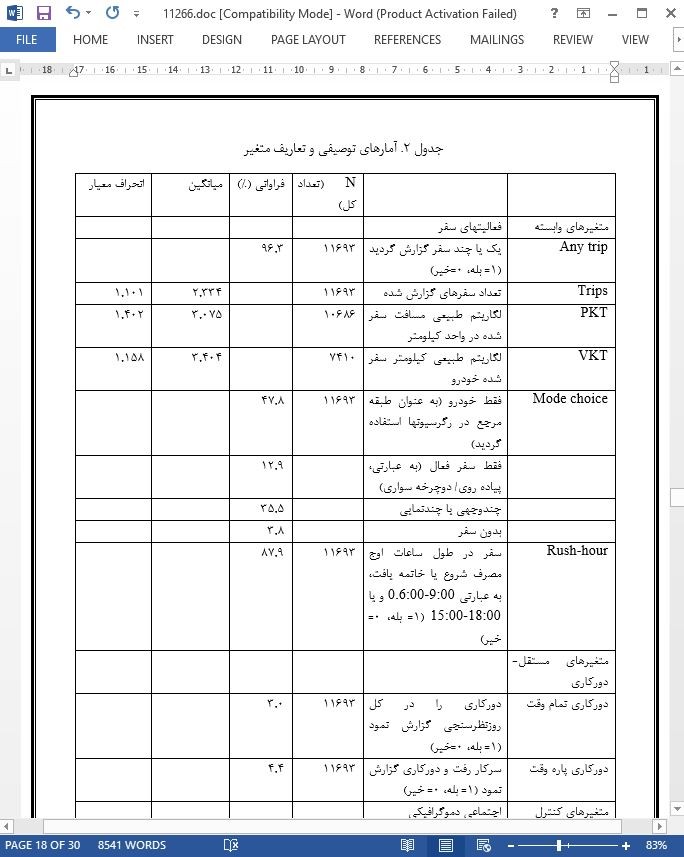 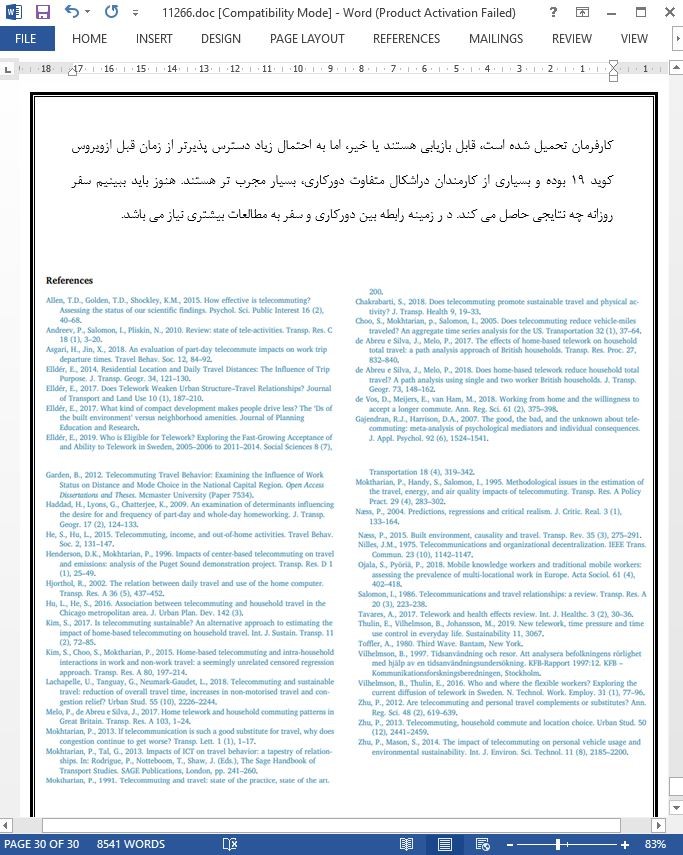