In situ synthesis of PVA–Fe3O4 nanocomposites

Application of flame retardants is limited because of environmental requirements. This work introduces conventional magnetic nanoparticles as a new class of nontoxic and effective flame retardant. Fe3O4 enhanced both the thermal stability and flame retardant properties of a poly(vinyl alcohol) matrix. Nanoparticles were synthesized via a simple precipitation reaction without using an inert atmosphere at room temperature. The effects of different precursors and acrylamide on the morphology of the products were investigated. Nanoparticles exhibited a ferrimagnetic behavior at room temperature. To prepare the magnetic nanocomposite, Fe3O4 nanoparticles were added to the poly(vinyl alcohol). In the presence of a flame, the magnetic nanoparticles remained together, showed resistance to dripping and protected the polymer matrix. Dispersed nanoparticles play a role of a magnetic barrier layer, which slows product volatilization and prevents flames and oxygen from reaching the sample during decomposition of the polymer.

Magnetic nanomaterials have attracted attention in various applications such as the absorption of microwave radiation, clinical diagnosis, mineral separation, magneto-optic materials, magnetic storage devices, and microwave filters. Magnetite (Fe3O4) exhibits unique electric and magnetic properties because of the transfer of electrons between Fe2+ and Fe3+ in the octahedral sites. Because of their biocompatibility, low toxicity, and adjustable magnetic properties, Fe3O4 have received considerable attention in various areas such as drug targeting, cancer therapy, magnetic cell separation, enzyme immobilization catalysis, magnetic refrigeration systems, and heat transfer applications (Ghanbari, Salavati-Niasari, & Ghasemi-Kooch, 2014; Gholamian, Salavati-Niasari, Ghanbari, & Sabet, 2013). Nanostructures have been intensively studied in a wide range of applications because the properties of nanocrystals depend on their composition, shape, size, structure, phase, and size distribution. The reactivity and selectivity of nanoparticles can be adjusted by controlling the morphology because the exposed surfaces of the particles have distinct crystallographic planes depending on the shape (Ghanbari, Salavati-Niasari, & Sabet, 2012; Kuljanin, Comor, ˇ Djokovic, ´ & Nedeljkovic, ´ 2006; Morgan & Wilkie, 2007; Sun & Xiang, 2008; Wang, Liu, & Wang, 2010).

Fe3O4 nanoparticles were synthesized via a precipitation reaction at roomtemperature without using an inert atmosphere. Fe3O4 Nanoparticles were characterized using XRD, SEM, TEM, EDS, and AFM techniques. The effects of different parameters such as precursor and reducing agent on the morphology of the products were investigated. The Fe3O4 nanoparticles exhibit ferrimagnetic behavior with a saturation magnetization of 48.4 emu/g and a coercivity of 50.2 Oe at room temperature. Coercivity was increased by the formation of the nanocomposite and distribution of the Fe3O4 into PVA. The results show that these nontoxic nanofillers improve the thermal stability and flame retardancy of the PVA matrix. 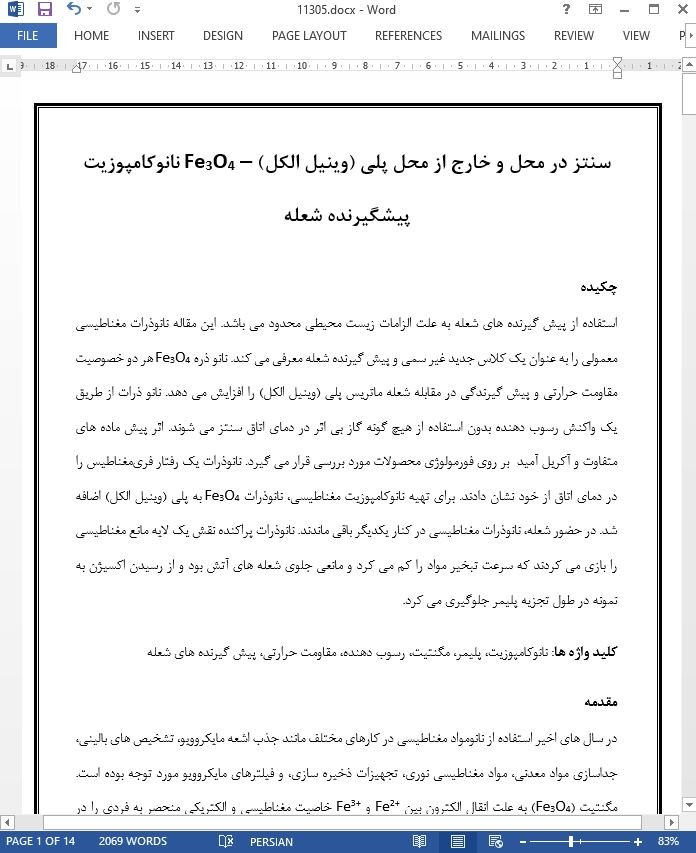 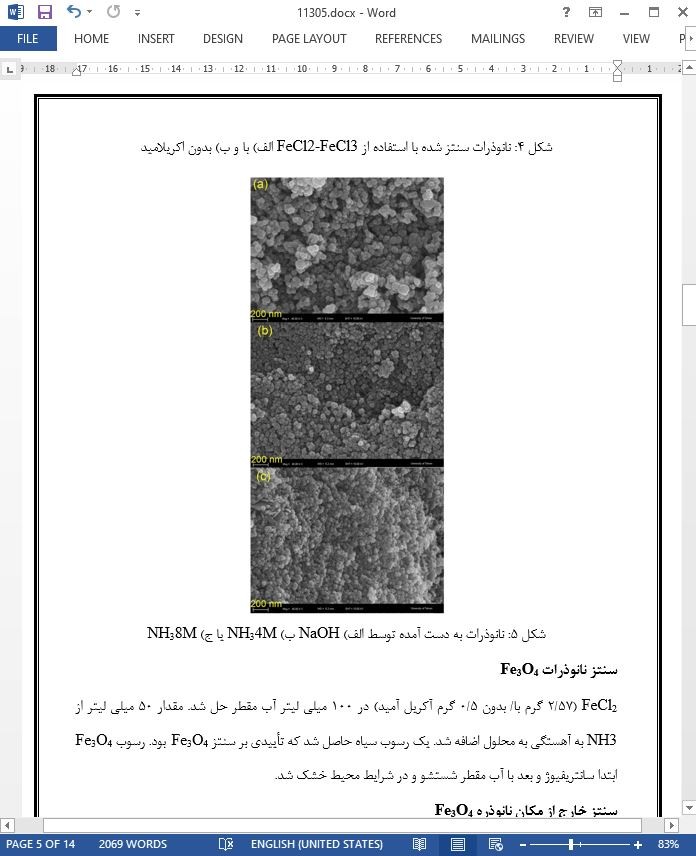 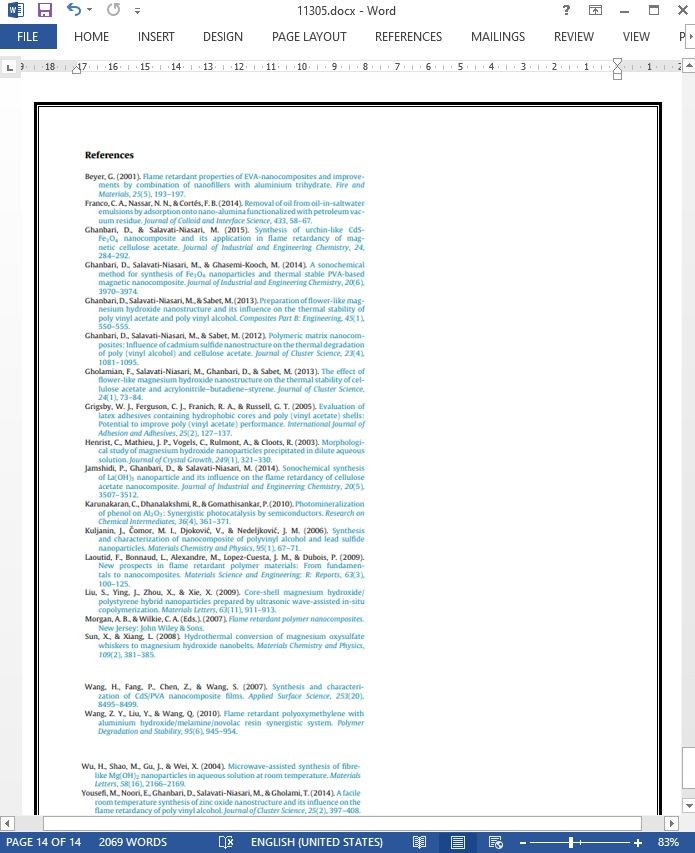