3.1. Characterization of peptide modification and enzyme reaction on the gold electrode

3.5. Detection of caspase-3 in Human pulmonary carcinoma A549 cell

This paper reports a novel approach for the simple assays of cell apoptosis using electrochemical technique. In this study, caspase-3 activity, which was detected with differential plus voltammetry (DPV) as an alternative to conventional spectrometry approach, was employed as an indicator of cell apoptosis and, while an acetylated peptide Ac-GGHDEVDHGGGC was used as the blocked substrate. In the presence of casepase-3, the hydrolysis of blocked peptide might release active amine groups, which could covalently conjugate with graphene oxide. Therefore, electroactive methylene blue molecules could be further attached to the electrode surface through π–π stacking and electrostatic interactions. Using this proposed new method, a very sensitive detection of caspase-3 could be achieved with a low detection limit of 0.06 pg/mL, and a new method for sensitive detection of cell apoptosis was developed. Moreover, we have successfully used this new method to detect cell apoptosis with human pulmonary carcinoma A549 cell after apoptosis inducing.

Apoptosis, the so-called programmed cell death, is a highly regulated biological process that is associated with the cell fate. It conducts to eliminate the unwanted cells from tissues during normal physiological metabolism, help develop and function the immune system and remodel tissues. Abnormality of apoptosis regulation process is involved with pathogeny and chemotherapy response for a variety of diseases such as cancer, neurological disorders, atherosclerosis, myocardial infarction, and autoimmune diseases (Favaloro et al., 2012; Haunstetter and Izumo, 1998). Therefore, detection of apoptosis is critically essential not only for biological science but also for the evaluation of disease progression, medical treatment, pharmaceutical development, and food safety management (Brunelle and Zhang, 2010; Carson and Ribeiro, 1993; Pan et al., 2008), etc. So, many of the proteins that are critical to apoptosis have been identified. Among them, the caspase family (cysteine-dependent, aspartate-specific proteinases) is revealed to play an important role in cellular apoptosis.

In summary, we have proposed an electrochemical approach in this work for the detection of cell apoptosis based the caspase-3 triggered signal-on strategy with GO-assisted amplification. As the target protein, caspase-3 can be detected in a range of 0.1– 100 pg/mL. A low detection limit of 0.06 pg/mL was obtained with our approach. It is 103 –105 times more sensitive compared to other reports. Besides, our system also shows well response to the real samples, indicating its potential application. Furthermore, this approach has also demonstrated some other advantages. On one hand, the approach makes use of the specific cleavage triggered signal-on strategy and is highly resistant to non-target proteins, thus resulting in excellent specificity. On the other hand, because any target protein of peptidase with no free amino group in the binding sequence can be translated in principle to the study of the very commonly employed peptides, this approach may be extended to the assays of numerous targets. Certainly, there still are some issues that may limit the extended application of the proposed approach. For instance, this system may displays a false positive signal and broad noise background if the substrate peptide is highly charged positively or negatively, which will take the edge off the sensitivity and specificity of the detection. Nevertheless, with elaborate and optimized substrate and condition, this approach will be extended to the assays of more species of proteins in the future. 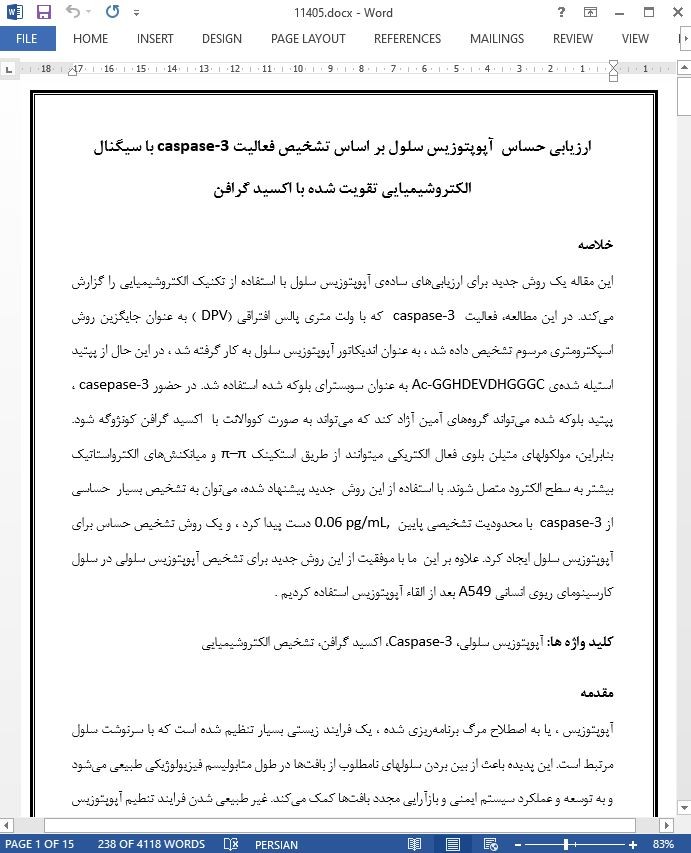 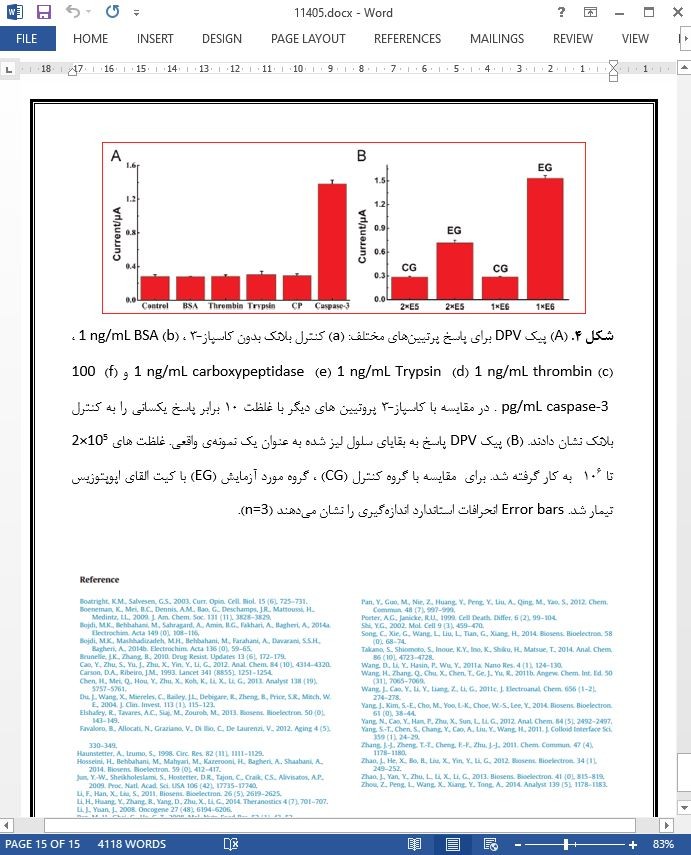