Preparation of the catalyst

Determination of the structure of the catalyst

General procedure for the synthesis of xanthenediones under solvent free conditions

General procedure for the synthesis of DHPMs under solvent free conditions

Spectra data of some selected compounds

A novel dicationic Brönsted acidic ionic liquid based on pyrazine has been prepared and characterized by FTIR, 1 H NMR, 13C NMR, MS, thermal gravimetric and differential thermal gravimetric analysis and also Hammett acidity function. The prepared dicationic ionic liquid is found to be an efcient and reusable catalyst for the synthesis of xanthenediones and 3,4-dihydropyrimidin-2(1H)-ones under solventfree conditions. The merits of the developed procedure include novelty in terms of the ionic liquid, easy preparation of the ionic liquid, easy workup, reusability of the catalyst, high yield, short reaction time and absence of toxic organic solvent.

Ionic liquids (ILs) are organic salts comprised of organic cations in combination with organic and/or inorganic anions, which exhibit a myriad of remarkable and interesting properties, such as wide liquid range, negligible vapor pressure, simple recovery process, high ionic conductivity, broad electrochemical window and design ability by appropriate modifcations of cations or anions in structures [1, 2]. Recently, many researches have been focusing on the development of a new subclass of ILs known as dicationic ionic liquids (DILs), which typically consist of two cationic head groups linked by a rigid or fexible spacer, associated with two counteranions [3]. Compared to monocationic ILs, multicationic ones can have a higher melting point, viscosity, surface tension, thermal stability, wide liquid range and tenability of chemical and physical properties [4, 5]. Therefore, they have good potential to be used in a wide range of applications including solar cells, fuel cells, batteries, lubricants, reaction media, separation technologies, material preparation, catalysis reactions and, more recently, improving the isomerization degree of n-pentane and electrolytes for photo-harvesting [6–8].

In this research, we have described the preparation, characterization and catalytic application of {[SO3H–Pyrazine–SO3H]Cl2} in the synthesis of xanthenediones and DHPMs under solvent-free conditions. Ease of preparation and handling of the catalyst, generality, easy workup procedure, high yields, short reaction times, reusability of catalyst and absence of organic solvents are the attractiveness of the developed procedure. 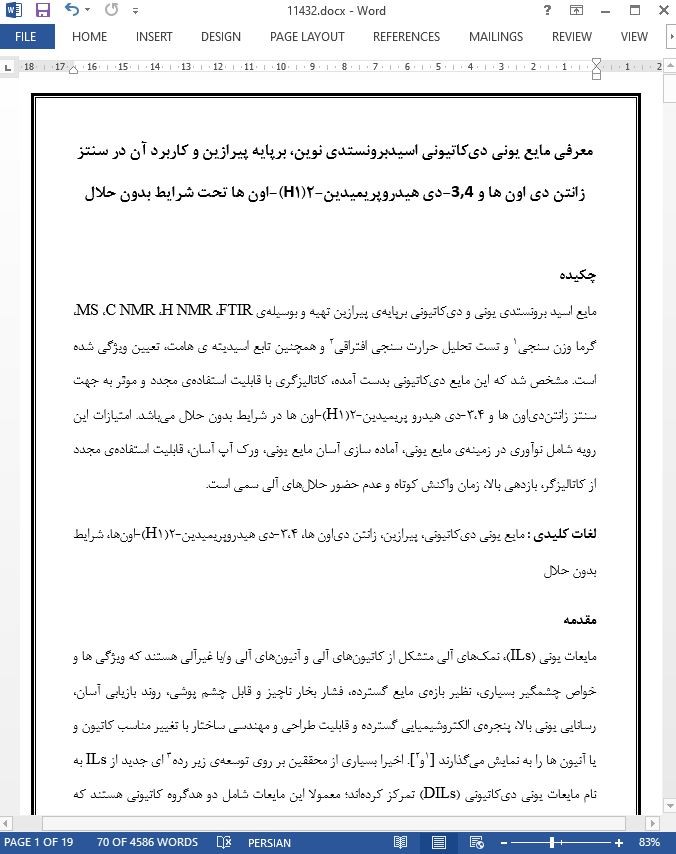 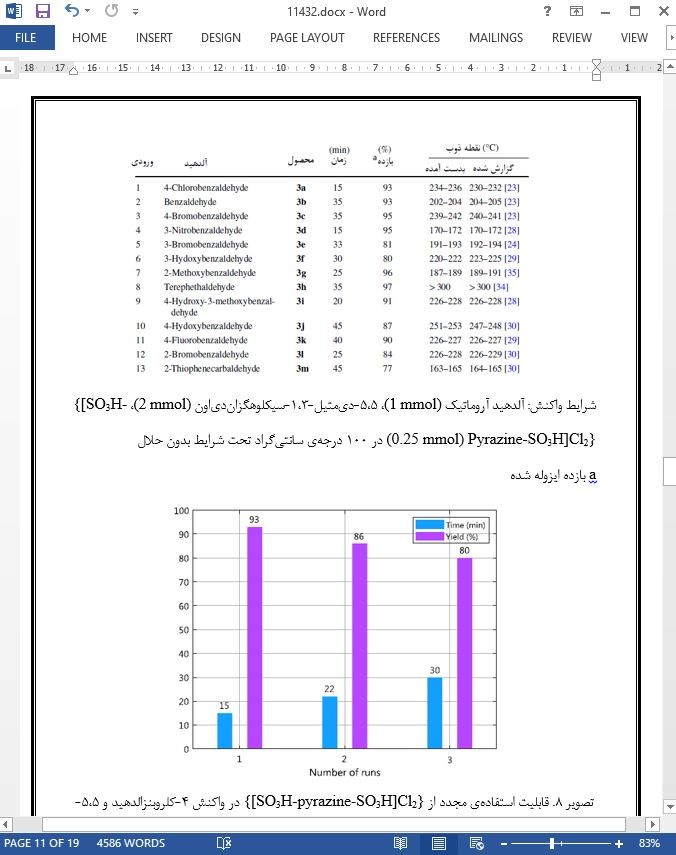 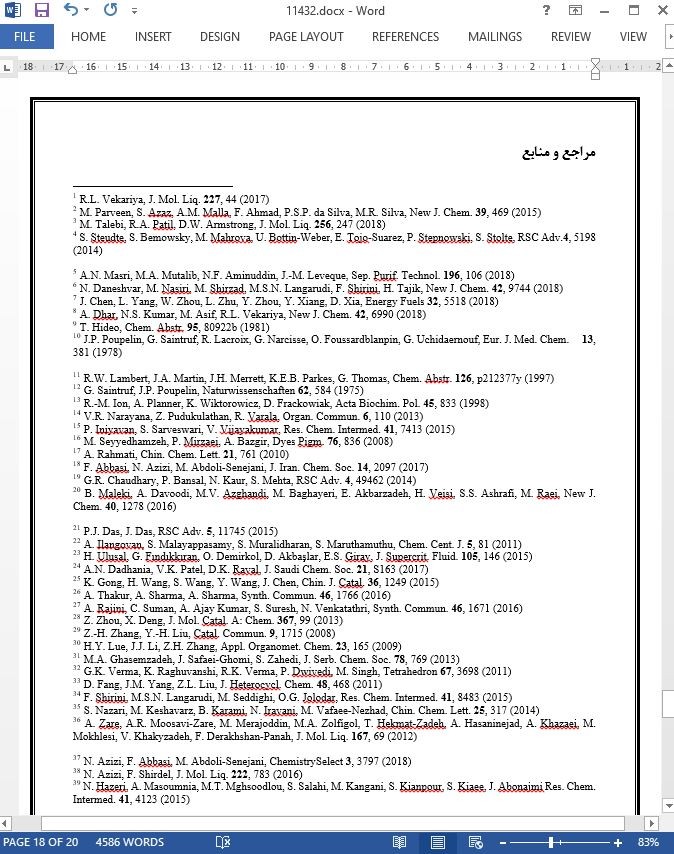