Background Depression is considered a predictive factor for cognitive impairments. At the same time, Parkinson's disease (PD) is a growing public health problem. The aim of this study is to examine the association between depression and PD risk among South Korean adults.

Methods Data from 21,766 participants aged over 40, derived from the National Health Insurance Service National Sample Cohort (2002–2013), were included. Propensity score matching (1:1) was used to match participants with and without depression (case: 10,875, control: 10,875). The dependent variable was PD risk. A Cox proportional hazards regression model was built to analyze the associations between variables.

Limitations The limitations include the inability to 1) explore factors such as smoking and drinking status, which could be related to PD risk and 2) identify undiagnosed PD that already existed at the time of diagnosis of depression.

Conclusions The results suggest that having depression places individuals at a higher risk of PD. Interventions to alleviate the risk of PD should focus on adequate depression management.

Parkinson’s disease (PD) is the second most common neurodegenerative disorder after Alzheimer’s disease (Aarsland et al., 2012; Nam et al., 2018). The degeneration of dopaminergic neurons in the brain is considered to play a key role in the development of Parkinson’s diseases (Mamelak, 2018). These neurons are vulnerable to degeneration because of their extensive branching and the large amounts of energy required to send nerve signals along this extensive network (Alonso et al., 2009; Mamelak, 2018). PD affects more than 1% of the global older adult population, and this rate is on the rise (Aarsland et al., 2012).

Despite these limitations, this study has certain strengths. The first is the use of nationally representative data to assess the association between depression and the risk of PD, which can provide the necessary evidence to ensure that with timely care, depression does not lead to other diseases. Second, as the data spanned nearly 10 years, it is possible to make inferences about a long-term association. Third, this study included not only depression but also its severity, which could provide more accurate and detailed information. Lastly, this study emphasizes the importance of managing the risk of PD, which, despite being among the most common neurodegenerative disorders, is often ignored. 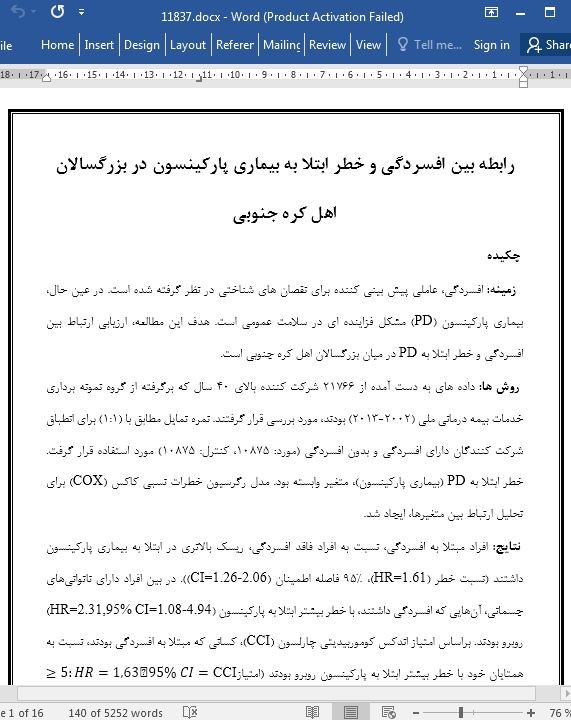 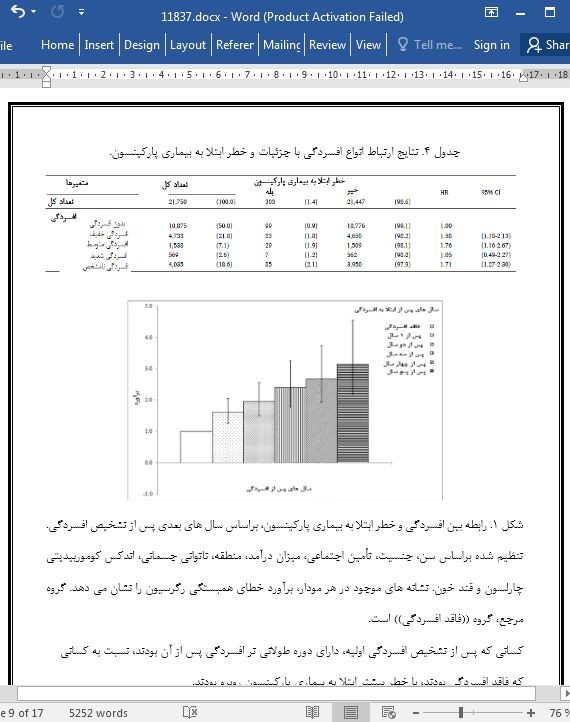 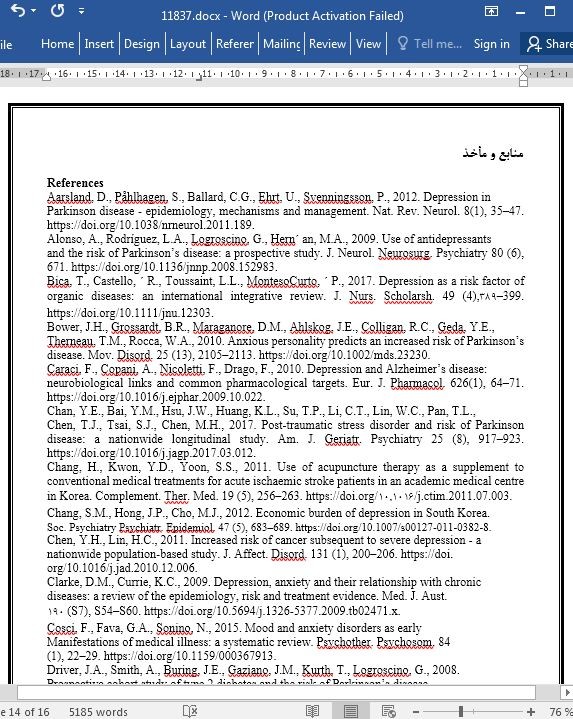