3.2. Comparison between rangers and non-ranger workers

China is one of the most biodiverse regions of the world. To better preserve its biological resources and the fragile ecosystem, China’s government has established more than 2700 nature reserves, covering approximately 18% of its total land area. While there is a growing body of literature analyzing the effectiveness of nature reserves, little is known about the nature reserve staff who are on the frontlines of wildlife conservation to ensure these areas are effectively protected. This study aims to identify the current status, job satisfaction, and occupation stress of nature reserve staff in China, as well as what factors contribute to the level of satisfaction and stress. We surveyed a total of 286 staff covering 153 nature reserves in 31 provinces of mainland China. The survey results indicate that 63.6% of nature reserve staff were satisfied with their jobs and showed low occupational stress. Nonetheless, they were not satisfied with fringe benefits, payment, promotion opportunities, and operating conditions. There was also a geographic difference in the level of satisfaction and stress. Comparing different positions among nature reserve staff, we found that rangers were more male-dominated, less educated, older and had been exposed to more life-threatening situations than non-rangers. In addition, they were more likely to be contractors instead of formal employees, receive lower pay and spend less time with their families compared to non-rangers. Rangers were generally confident in their professional skills and but less confident in first aid and the use of GIS software. The rangers were less satisfied with their jobs compared to non-rangers, although the difference was not significant. Only about 58% of the nature reserve staff felt that they had received enough training. About 1/3 of the nature reserve staff would like to quit their job. The reasons include low payment and rewards, lack of infrastructure support, no law enforcement capability when encountering illegal activities and living too far from families. Finally, the model results show that more time spent with family, higher income, more training, and more affection for nature significantly contributed to the overall job satisfaction. Factors like the increase in age, more time with family, higher income, more training, and higher confidence in professional skills, were negatively correlated with the stress of nature reserve staff. Our results suggest that to improve the conditions of nature reserve staff and the management of protected areas, governments and managers need to provide enough training and increase income and rewards to recognize the contribution of nature reserve staff, as well as change the hiring mechanism to attract and keep new employees.

Our results showed that nature reserve staff were generally satisfied with their jobs and the perceived stress was relatively low. Although both rangers and non-rangers are employed by nature reserves, their working locations, conditions, and tasks are very different, which causes disparities in job perception, satisfaction and stress. Rangers usually work in remote and undeveloped areas, while non-rangers work in the headquarters or main offices, mostly located in towns. Especially, because rangers cannot return home daily and usually need to work a week to 20 days in a row every month, the time spent with family is very limited. The majority of the rangers (66.2%) spent fewer than 10 days with their family, which was lower than the regional average for Asia (76%) (WWF, 2016). Our results also support that the number of days that a reserve staff spends with their family hugely influences job satisfaction, similar to previous findings (Spira et al., 2019; Eliason, 2006). Moreover, as education resources are usually lacking in remote areas or small towns, many nature reserve staff have to send their children and spouse to other cities away from their county, leading to further separation from their family members. 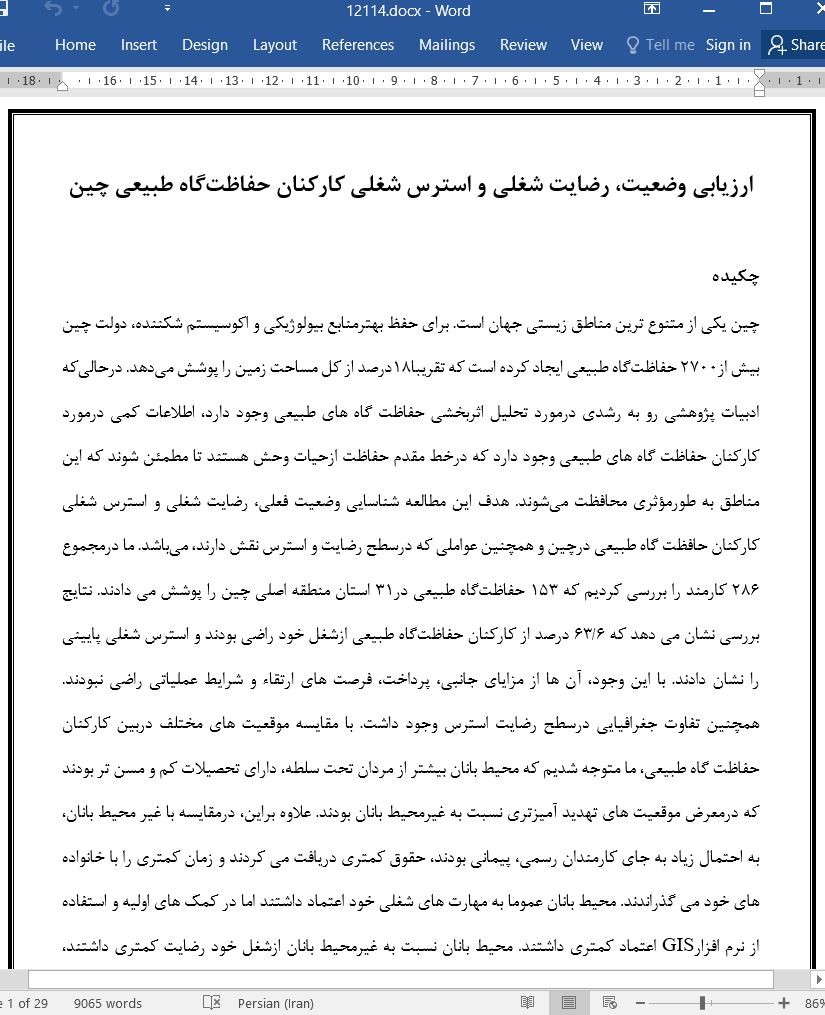 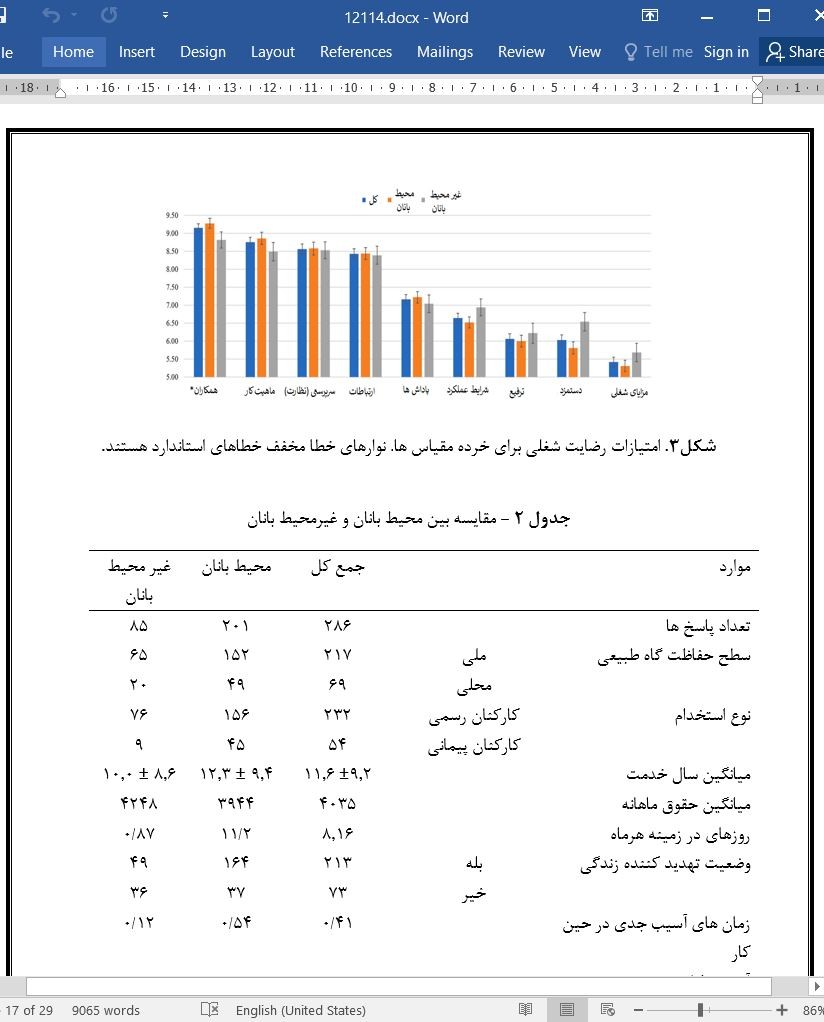