3.2.2. Selection of Poverty Characteristics Based on Maslow’s Demand Level.

3.4.1. Introduction to the Logistic Algorithm

3.5.2. Construction of the Waterfall Model

4.2. Testing the Model with Real Data

To gain a more comprehensive and systematic understanding of the impact of government assistance to poor households on poverty reduction targets, a targeted poverty alleviation information statistics and analysis integrated with big data mining algorithm is proposed. Combined with the big data knowledge of the new era, according to the machine learning (ML) pipeline module in spark, a big data computing framework, combined with known data mining algorithms, massive sample data are used to replace random stratified sampling data for modeling and analysis, and random forest model, logistic model, and newly proposed waterfall model are constructed for poor households. Finally, through the comparative evaluation of several poor household identification models, the results show that when 100 real data test the accuracy of the three poor household models, the random forest model and logistic model are slightly reduced, which are 82% and 72%, respectively, but the waterfall model is basically unchanged, which is 83%, and the three models have little change. The new waterfall design proposed in this article has the advantage of a high percentage of sample reuse and can effectively prevent overfitting, and there is no need for massive data. It is a stable and reliable new model. The combination of targeted poverty reduction algorithms and big information technology and mining data can get the most common causes more accurate and convincing results. The right rib trunk and rib are often separated from the common cause because of the population.

The essence of targeted poverty alleviation is that the government effectively identifies poor families and members, excavates the causes and extent of poverty, and carries out practical and effective assistance, so as to fundamentally break the barriers of poverty. With the rapid economic development, the national income level is seriously unbalanced. The previous extensive regional poverty alleviation method has long been inapplicable. In this case, targeted poverty alleviation came into being. Through the research, the logistic algorithm, random forest algorithm, and the newly proposed waterfall model in data mining are found. The newly proposed waterfall model has the advantages of high sample reuse rate, can effectively prevent overfitting, and has no demand for massive data. It is a stable and reliable new model. Visualize the research results, design and implement the abnormal poverty assistance model obtained in the above research work, and apply it to the actual poverty alleviation work, so that the staff can get the effectiveness of the government’s policy assistance to the village by importing the basic information and assistance data of farmers into the system. It can make timely and effective adjustments to the existing abnormal assistance phenomenon, so as to provide help for the government in the targeted poverty alleviation work. 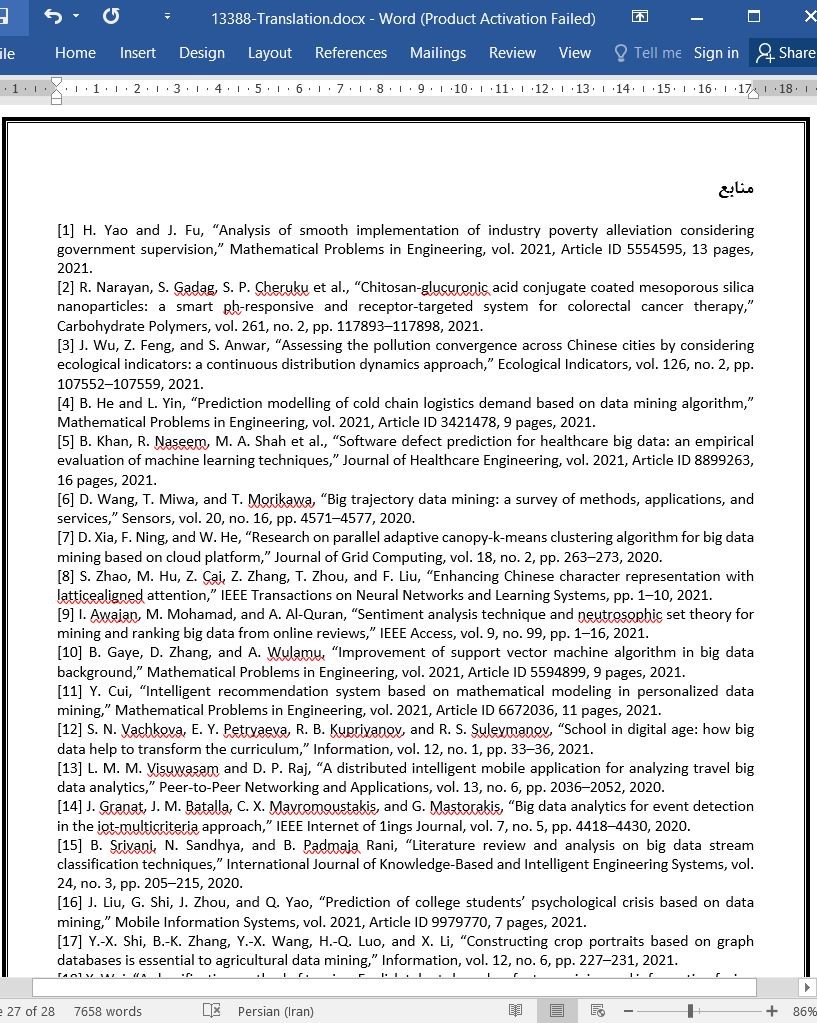