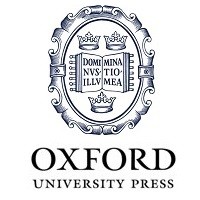 SAFFE Fear of Falling in Relation to Fall Status

Relationship Between SAFFE Fear of Falling and Activity Level

This study examined heterogeneity in response patterns of the participants of the Survey of Activities and Fear of Falling in the Elderly (SAFFE) and their relationships to falls, functional ability, quality of life, and activity restriction measures in a cohort of 256 older people (mean age ¼ 77.5 years). Participants recruited from local primary care clinics were administered the SAFFE instrument, an activity restriction measure, a combination of self-reported and performance-based functional ability tests, and quality-of-life measures. Latent class analyses identified two classes: Class 1 (n ¼ 209), which had a low SAFFE fear of falling, and Class 2 (n ¼ 47), which had a high SAFFE fear of falling. Subsequent analyses of variance indicated that the two-class (low fear and high fear) SAFFE fear of falling profiles discriminated fallers from nonfallers, and low and high levels of functional ability, activity restriction, and quality of life. The findings from this study suggest that variations in the SAFFE response patterns on a single dimension of fear of falling and that high levels of fear of falling measured by the SAFFE are linked to a range of adverse health consequences.