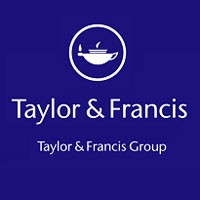 2. Bitcoin between history and myth

2.2. The heroization of Satoshi Nakamoto

3. The mystery of a trustless currency

3.1. The peer-to-peer network and the blockchain

3.2. The anomaly of Bitcoin as money

4. Impact of breaking news on Bitcoin

Bitcoin and its peculiar, decentralized transaction system, have already ignited interest by professional and retail traders in search for profits and by economists and legal experts, looking for possible regulation to contain illegal uses. We instead examine the unexpected and ongoing success of Bitcoin from a sociological perspective, first questioning its unusual legitimation system, backed by the so called ‘blockchain technology’, instead of by governmental authorities. Then we collect data and elements to reconstruct Bitcoin’s history as a cryptocurrency, starting from the mysterious story surrounding its birth. We then follow its spread and development through social networks and words of mouth, together with its sudden booms and bursts, finally to suggest that both users and institutional regulators should be aware of the risks of Bitcoin and of its alleged power to challenge our very notion of money.

Blessed indeed will be the day when it will no longer be from the benevolence of the government that we expect good money but from the regard of the banks for their own interest’ (Hayek, 1990, p. 131; first edition 1976). Echoing A. Smith’s famous words, so wrote F.A. Hayek more than 40 years ago, arguing for an open competition among multiple currencies, issued by private banks, finally able to provide ‘good money’ to be ‘relied on’. The birth and quick global success of Bitcoin protocol and bitcoins since 2009 (usually written singular with uppercase B to point to the protocol and plural lowercase to name the currency, shortened to BTC), led some researchers in the field to rename bitcoin ‘Hayek Money’ and to state that ‘Hayek would be happy to know that this blessed day has indeed arrived’ (Ametrano, 2016, p. 9). Greeted with unconditioned enthusiasm by libertarians and, alternatively, with great suspect and aversion by other economists (just to name one, Krugman defined it as ‘Evil’ (2013), the so-called Bitcoin revolution still awaits a sociological interpretation, one able to question critically its alternative solution to the problem of trust in money, and to highlight the roots, potentialities and risks of its apparently never-ending capacity to break new records (the US/BTC ratio skyrocketed in 2017, breaking the $8,000 level in late November, with an yearly increase of more than 750%).