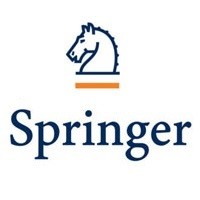 Identifcation and Attribution of the Explanatory Powers of Each Factor

Identifcation and Attribution of the Explanatory Powers of Each Factor

Summary of the Results

This paper presents a development accounting framework in order to quantify the determinants of disparities in GDP per hour worked within the EU in 2016. Its originality is twofold insofar as, on the one hand, it theoretically extends the existing framework from 2 factors up to 𝑛 explanatory factors and on the other, it numerically illustrates this same framework in case where 𝑛=3 factors. This illustration is made macro-economically between 19 EU countries—representing 90% of its aggregate GDP—and sectorally between their market, state, and mixed sectors. The calibration data come from the latest EU-KLEMS and PWT versions. Examination of the results by decomposition shows a strong proximity of macroeconomic standard deviations ($ 13.74/h) and the market (13.38) and non-market (12.34) spheres. The differences between countries are fundamentally (around 90% according to each of the three spheres) explained by the disparities in labor quality (and around 10% by the disparities in capital deepening). The profile, however, is not at all the same in real estate activities (mixed sector) whose GDP per hour’ standard deviation reaches $ 570.28/h and is completely explained by the disparities in capital deepening.

International development accounting works involve decomposing the variance of a variable of interest. They open up interesting perspectives in the identification and quantification of the sources of divergence in living standards between nations. Their application here in the GDP per hour worked (GDP/h) disparities within the framework of the theory of production is not moreover the only perspective. The application to many other relevant variables, to assess the sources of inequalities between countries, regions, sectors ... as indicators of the World Bank (2019), is also possible. More generally, it is the same for indicators other than GDP (including non-economic issues) with the condition, like here, that their variances can be decomposed.

The subject studied consisted of quantifying the contributions of production factors to disparities in living standards for 19 countries representing 9/10 of the EU wealth in 2016. The processing framework is that of development accounting, precisely by decomposition of the GDP/hour’s variance. The results are methodological and empirical. Methodologically, we note three advances:

We have generalized the development accounting framework which is currently 2-factors in the literature toward a 𝑛-factors one. It also becomes possible to count for all the interactions between factors explaining the disparities in GDP/h. Four numerical illustrations were displayed;

A second contribution was to show how to carry out the statistical breakdown of these economies into three sectoral levels (SM, SNM and Sm) from the most recent statistical sources;

A third relates to the accounting decomposition of these economies—that is to say, the application of the development accounting framework and our strategy of redistribution of covariances—both macro-economically (between the 19 EG) and between their sectoral levels (SM, SNM and Sm).

Finally, it is worth mentioning that this approach would obviously extend to the variance decomposition of growth as by replacing variables in level with the same variables in rate of change.